Team entries are now available for the Pelzer Golf Oregon Open Invitational at Black Butte Ranch – Glaze Meadow on June 15-17.  PGA Professionals Jeff Fought and Tom Baker are excited to bring this event back to Black Butte Ranch after previously hosting in 2014. Hurry and get your team entry in before this popular event fills!

“I enjoy and love playing in all of the Section’s majors, but what obviously separates the Oregon Open from the others is the pro-am format the first two days.  It is always fun to play with your friends and it makes it a very comfortable atmosphere…” – Russell Grove, 2017 Champion 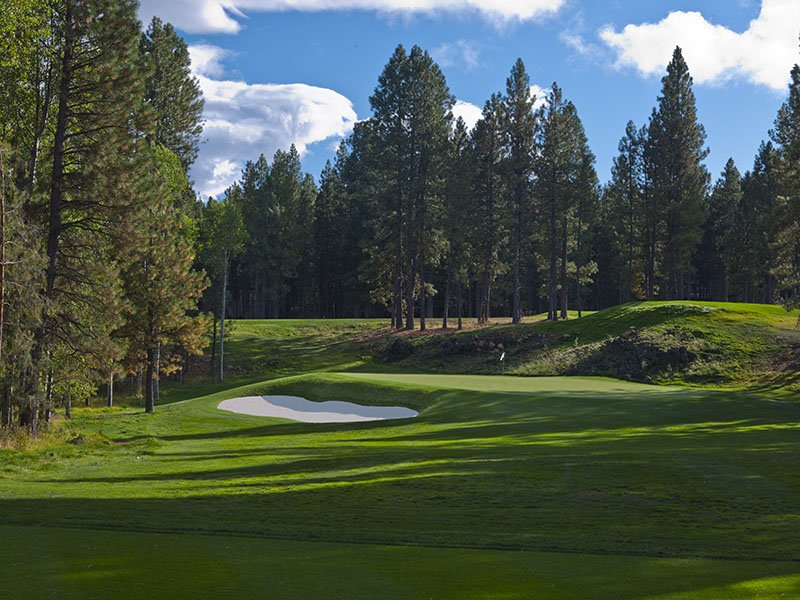 Glaze Meadow was originally designed by Gene (Bunny) Mason in 1978, with an extensive restoration completed in 2012. Famous architect John Fought was hired to redesign the course. After the redesign, the course received the honor of “Best National remodel in America for 2012” By Golf Inc. Magazine. Featuring slightly elevated greens, square tee boxes and deep grass-faced bunkers, the new Glaze Meadow reflects the spirit of classic golf course design in a true mountain setting.

Entry into the championship will be four-person teams comprised of two professionals and two amateurs. You will need to make your own team.

The championship is a 54-hole stroke play with professional and amateur purses. After 36 holes, the field will be cut to the low 70 players and ties, repaired by score and the Oregon Open Invitational completed.

There is no maximum handicap for entry (18 max. in the competition), however, all players will play from the championship tees and there will be no individual net amateur.

A History of Exciting Competition

The Oregon Open Invitational dates back to 1905 when George Smith was the first to win the title. Over the years a number of fantastic players have won the championship such as Tommy Armour, Chuck Congdon, Al Zimmerman, Bob Duden, Rick Acton, and PGA Tour Player Peter Jacobsen. It was considered a PGA Tour event in the late 1920s and early 1930s.  The tournament scoring record is held by Brian Nosler at 198, set in 2009 at Brasada Ranch.

View past champions of the Oregon Open Invitational: http://www.pnwpga.com/wiki/index.php?title=Past_Champions/Oregon_Open