“The only thing a golfer needs is more daylight – Ben Hogan

We never believed the “sugar high” theory that QE was driving stocks.  So, slowly unwinding QE (money printing press) and slowly raising the federal funds rate, as the Fed did in 2017, was never a worry.  But, now a truly positive fundamental has changed, the Tax Cuts and Jobs Act.  Who thought this thing would pass and even if it did how many news outlets were telling us how it would not be helping tax paying Americans.

Before you consider us so overly optimistic, we did not expect the stock market to surge like it has so early in the year.  In fact, we would not have been surprised if the market experienced a correction after the tax cut.  There’s an old saying my father hammered into my head in my early days of trading; “buy on rumor, sell on fact.”  Although I consider myself a value investor today, you can see the pessimistic bears, industry professionals, analysts, and business news channels chasing the market higher now that the tax law is a fact.

We would never forecast a correction, because we’re not traders.  We’re investors just like most of you.  We save….. and try to invest over long periods of time…. and hope to be healthy enough to let the law of compounding interest take over…… until we can enjoy the things we want to spend our money on in later years.  Anyone lucky enough to pick the beginning of a bear market never knows exactly when to get back in!  That’s the whole problem with being cautious and trying to time your investing future.

Take a look at January 20 and February 11 in 2016.  It happened twice and we know many investors are still bandaging up their wounds from being whipsawed.  The S&P 500 is up 55.2% ever since. 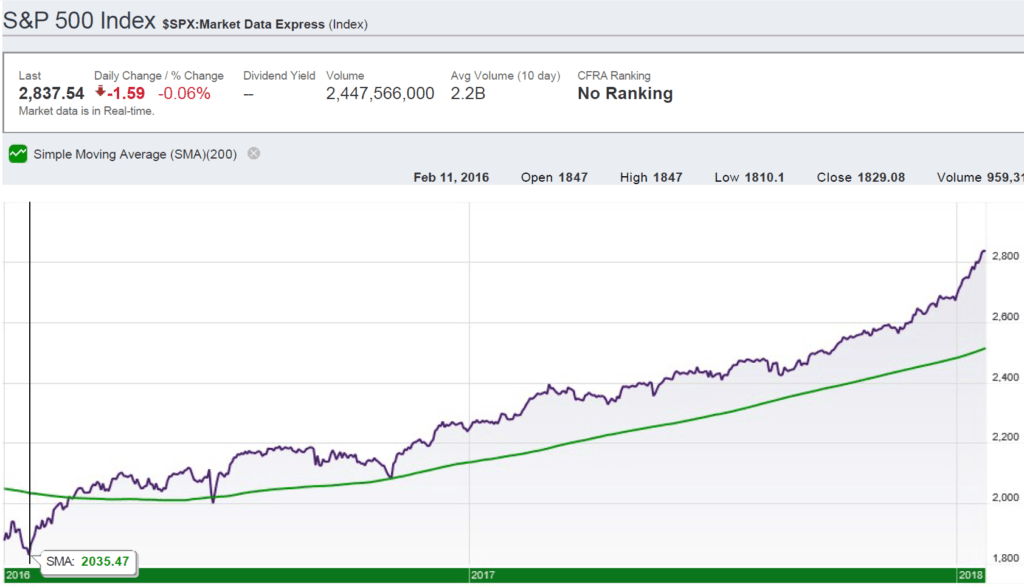 The market got off to a terrible start in 2016, one of the worst in years.  The pouting pundits were talking recession and bear market, only to experience a head-snapping rebound.  Then, during the Brexit vote, the stock market fell 5% in two days – which was another indicator of a recession, right?  But it turned out to be a great buying opportunity, like every sell-off since March 2009.  We were telling every client with cash to buy buy buy.  And all of this before we knew the presidential outcome.  A common cause for concern when it comes to making personal financial decisions, right?  Wrong.  My view is who cares until actual policy or individual company situations change.  Take care of you and your family.

The better strategy for most investors is “Don’t Sell”.  Some sort of correction is inevitable but no one knows for sure when it will happen and few have the discipline to take advantage of the situation.

Earnings are strong (even with write-downs related to the tax law), and according to Factset, since the tax law passed analysts have lifted 2018 profit estimates more rapidly than at any time in the past decade.  The Atlanta Fed is predicting Q4 GDP to be 3.4% which would be the first time we’ve seen three quarters in a row of 3+ percent growth in the economy since the year 2004.

Continuing unemployment claims are the lowest since 1973, payrolls are still growing at a nice pace, and wages are growing faster for workers at the lower end of the income spectrum than the top.  Auto sales are trending down, but home building has much further to grow to keep up with population growth.  Consumer debts remain very low relative to total assets, while financial obligations are less than average relative to incomes.

In addition, monetary policy is far from being tight and Germany along with Japan are still offering negative interest rate returns on 10-year government bonds.  This is absolutely crazy in my mind.  Their government is saying that the bank customer must pay the bank to hold their own money.  American banks are in solid financial shape, and deregulation is going to increase their willingness to take more lending risk.

Bottom line:  This is not a recipe for recession.

Put it all together, and we think the stock market, is set for much higher highs in 2018.  We hope you are not heavily invested in bonds as prices are high and cannot go much higher…….. 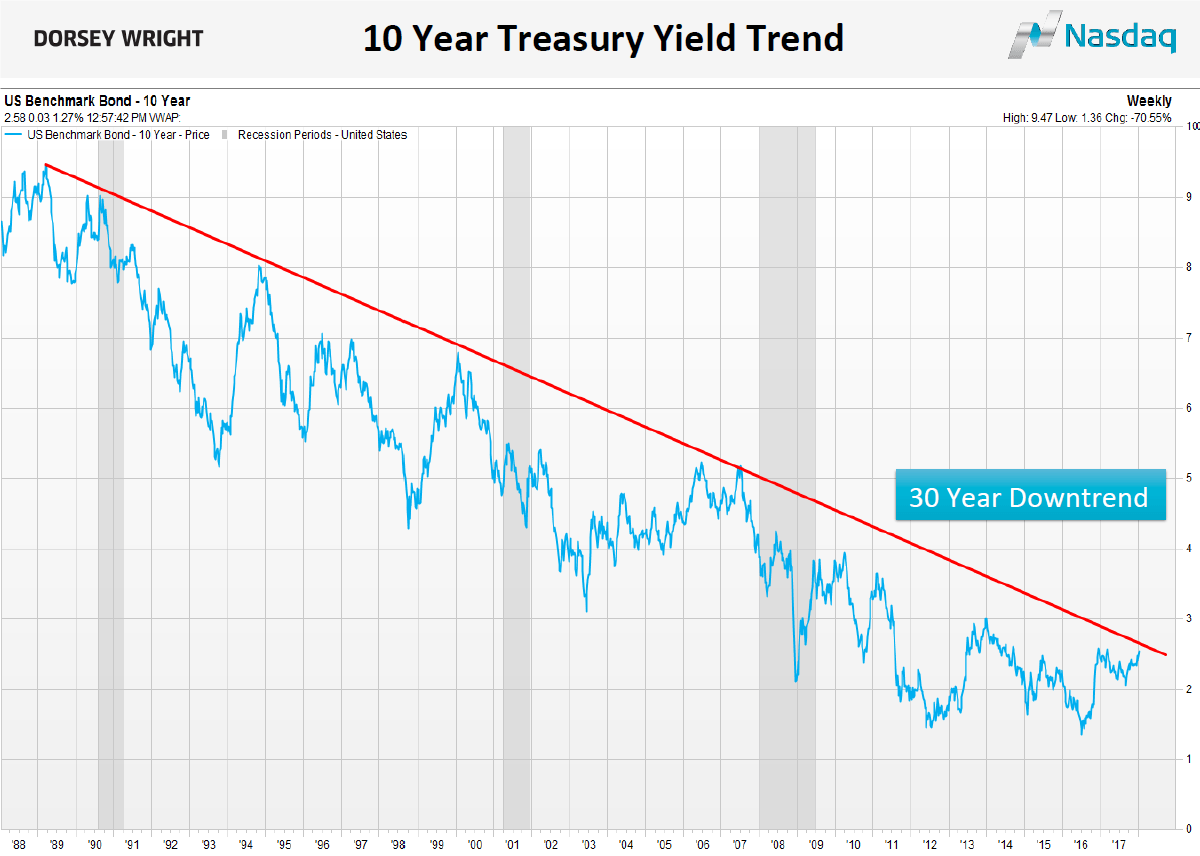 If you’ve been brave enough to attempt trading the inevitable ups and downs of markets, we salute you.  But, as hedge fund performance shows, even the so-called pros have a hard time doing this.  Stay invested and be Bullish!

If you would like some help making decisions or simply want advice with your financial matters please give us a call.