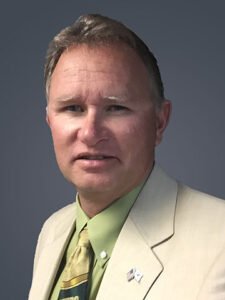 After a nearly 10-year career in the US Air Force, Don got out in 1991 to specifically get into the golf business.

“It is something I had thought about doing ever since I was back in Wisconsin as a kid, but didn’t really know how to go about getting in the business. It was scary at first going from all the security and benefits of the military to being an apprentice working 60 hours a week for $14,500 a year in 1992,” Kramer remembers.

He succeeded at his new career and spent 20 years in the Middle Atlantic Section. In 2013, he was hired by the Air Force to manage the Gator Lakes GC at Hurlburt Field in Ft. Walton Beach, FL, where he was honored with the Dixie Section Player Development Award in 2015. In 2016 he transferred to Alaska to manage the 36 holes at Joint Base Elmendorf-Richardson. Alaska, though remote to many of us, is part of the Western Washington Chapter of the Pacific Northwest Section PGA.

“Being a Golf Professional in Alaska is unlike anything I have ever done in my career. You have to roll with the punches every day,” says Kramer. One of those challenges is the wildlife.

“The wildlife are a definite factor all the time. Bears have a habit of wresting with the flagsticks and then tearing the cup out of the ground. They will also be very curious at times and get uncomfortably close to the players. Moose have a habit of walking across the greens. Our staff and customers are educated to view and treat all wildlife with caution.”

Another difference is getting real downtime in the winter, “which is quite different at first.” Kramer uses the time to work on the website and develop programs for the following season. “We are super busy when the doors open and it stays busy right up until Labor Day,” says Kramer, citing 9,000 – 10,000 rounds per month in July and August.

“Having other things to do outside of golf is a great way for me to unwind,” says Kramer, who has taken up some of the outdoor activities in Alaska, including ATV’s, snowmobiling and fishing.

However, the remote location makes it difficult to get to section and chapter meetings. “That’s a little tough for me because I have pretty much been involved in some sort of role in my chapter or section since 1997.”

The Section is very lucky to have a member as involved as Don Kramer, who was honored with the 2017 Patriot Award. Of the award, Kramer states:

“I’m very honored to have won the Patriot Award this year. It means as much to me, being a veteran, as any award I could win. But although the award was given to me, it’s my team at Moose Run that earned it. They implement our programs and engage with these tremendous people that we serve. It’s a total team effort for us. The maintenance staff is the best in the Air Force, our operations staff are some of the most service oriented people I’ve ever had the privilege of working with and my Assistant Manager/Head Golf Professional, Josh Cantrell, PGA has been a wonderful addition to our team and quite instrumental to our success in 2017.”

Kramer and the team at Moose Run have more programs planned for 2018, including Wingman Golf and Fit Families Golf (both funded by Air Force initiatives). In Wingman Golf, any single airman or solider, E1-E4, can bring his/her buddy (wingman) and play for free with a cart. In Fit Families Golf, families that bring a junior golfer can walk and play for free. These are in addition to season-long annual Army-Air Force Match Play tournaments for active duty, retirees, vets and family members.

“The other program we are really proud of is to be awarded PGA Hope – Alaska. Moose Run is working with the VA Hospital just a few miles down the road to create programs for our veterans. We’ll kick this off in June this year and run programs into early September.”

Kramer’s advice to fellow professionals on operating programs is, “don’t be afraid to try something. Over the years, I have been a proponent of offering variety and as many programs as you and your staff can handle. Some are more successful than others. It’s tough to hit a home run every time out. The one thing you learn is where your customers’ interests are. Going forward that helps you run even better programs.”