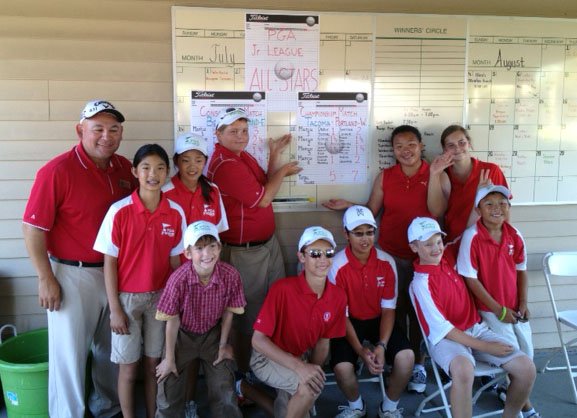 Six teams will qualify from the Regional Championships to compete in the PGA Junior League Championship, September 6-8 in Atlanta, Georgia.

PGA Junior League Golf is a brand new PGA program, designed for boys and girls, ages 13 and under. PGA JLG features team vs. team competitions in structured leagues that provide a popular, less stressful scramble format as opposed to stroke-play competition. It has been fully embraced in the Pacific Northwest Section. Click here to find a PGA JLG team near you!

If you are a PGA Professional interested in forming a PGA Junior League Golf team at your facility, click here for more information and to register.