Marcus King of Sahalee Country Club and Mark Gardner of The Creek at Qualchan have been elected as the 57th and 58th members of the Pacific Northwest Section PGA Hall of Fame. 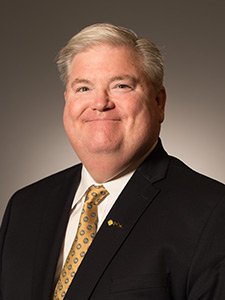 Marcus King embodies service to the Professional Golfers Association, to his fellow PGA Professionals and to the community. He has served 16 years in governance of the Pacific Northwest Section and Western Washington Chapter, highlighted by his term as president of the Section in 2013-2014. He has a record of committee service spanning three decades, including a term on the National Apprentice Committee. The General Manager of Sahalee Country Club, King has mentored many PGA Members to become general managers at their own facilities. His accomplishments have earned him 10 Section awards ‒ including the highest honor of Golf Professional of the Year in 2013 ‒ and he is only the second member to have been awarded four different Pacific Northwest Section awards. King also has an impressive history of volunteer service and is a champion of the Special Olympics. He has volunteered as a state, national and international coach and trainer for Special Olympics Golf and served as the Golf Commissioner and organizer of the 2018 games in Seattle. 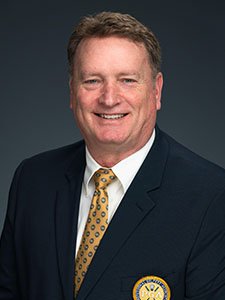 Rarely has one person accomplished so much at such a high level in service to the Professional Golfers Association, playing and promoting the game of golf as Mark Gardner. He has served 18 years in Inland Empire Chapter governance, including three terms as president and chairing four committees. He also spent 10 years on the Pacific Northwest Section board of directors. An accomplished player, Gardner won the 1988 Section Championship, where he qualified for the PGA Championship. He is a 10-time participant in the Hudson Cup and Senior Hudson Cup Matches ‒ earning the prestigious Bob McKendrick Award ‒ and won Inland Empire Chapter Player of the Year honors seven times. A tireless promoter of golf, Gardner co-founded the IEPGA Assistant Championship and was especially helpful in getting the Rosauers off the ground in 1988 with a group of Spokane PGA Professionals.  As Director of Golf at the Creek at Qualchan, he hosted the WIAA State HS championships 10 times and the USGA US Amateur Public Links qualifying three times. He co-founded The First Tee of the Inland Northwest, also serving on its board of directors, as well as the boards of directors of multiple other Spokane-area organizations promoting youth sports.