Inglis has previously won the Oregon Open Invitational in 2018 and the National Car Rental PNW Assistant PGA Professional Championship in 2019. 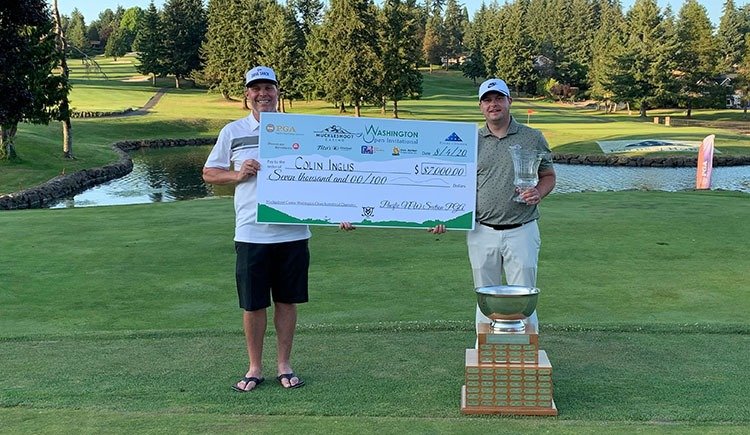 The Washington Open Invitational dates back to 1922. In that year, young Al Espinosa captured the crown at Yakima CC. Some big names have won this event over the years including the Zimmerman brothers, Al and Emery, along with Chuck Congdon, Bud Ward, Bob Duden, Don Bies, Senior Tour Player Rick Acton and PGA Tour Player Fred Couples.  In 2016, Jeff Coston claimed his fifth Muckleshoot Casino Washington Open Invitational title adding to his wins in 96, 99, 2001, and 2010, tying him with legend Chuck Congdon in the most Washington Open Championships of all time. Chuck Congdon held the record for the most wins (39, 47, 50, 52, and 62) while Al Mengert holds the record for the most consecutive wins (63, 64, and 65).  The current tournament record is held by PGA Professional Tim Feenstra of Broadmoor GC (2011) and PGA Life Member Jeff Gove (2012).

The 2020 Muckleshoot Casino Washington Open Pro-Am benefits the Folds of Honor.  Folds of Honor provides scholarships for the children and spouses of those killed or disabled in service to the United States Military.  For more information, go to https://www.foldsofhonor.org   This year’s event will be a Pro-Am as part of the 2020 Muckleshoot Casino Washington Open Invitational held at Meridian Valley Country Club in Kent, WA.