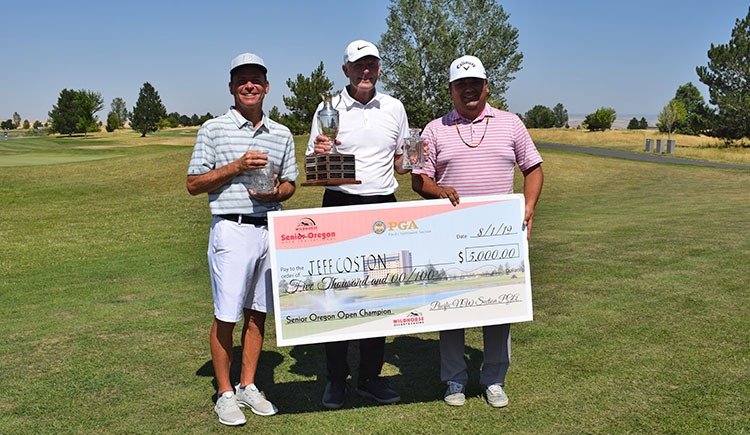 Winning the team competition of one gross/one net was the team led by PGA Professional John Freitas of Aldarra GC, Mike Kennedy, Mike Koczarski and Mike Swingle.  The team fired rounds of 124-127-251, 37-under par.

Congratulations to Mark Wilson for making a Hole-In-One on Hole #16 on Wednesday.

The Senior Oregon Open Invitational is a 54 hole individual competition with a 36 hole team competition, one net and one gross ball at 90% of their handicap.  Teams are comprised of one professional and three amateurs. 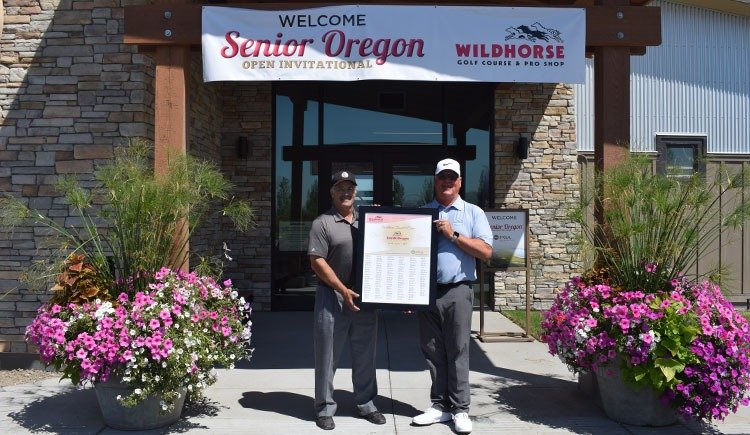 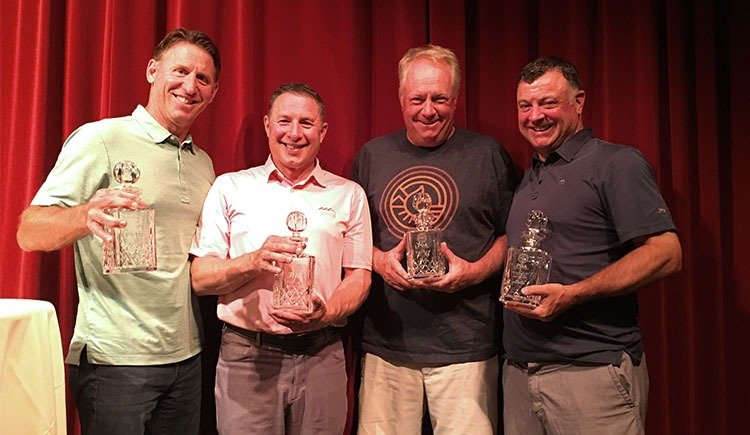 Since its induction in 1996, the Senior Oregon Open has grown to be the premier senior golf tournament in the Northwest. This event draws the best players ages 50 and over from all over the Pacific Northwest Section.  The popular Wildhorse Resort and Casino in Pendleton, OR hosted for the 17th consecutive year.

To view past champions of the Senior Oregon Open Invitational, CLICK HERE

With the praise and popularity that the resort received the past 16 years, the Section was eager to reschedule the same venue. The golf course is designed by John Steidel and is nestled at the base of mountains and wide open terrain.  Wildhorse Golf Course is modeled after a traditional Scottish links-style course with plenty of bunkers and tall grass lurking to make you work a little harder than usual.