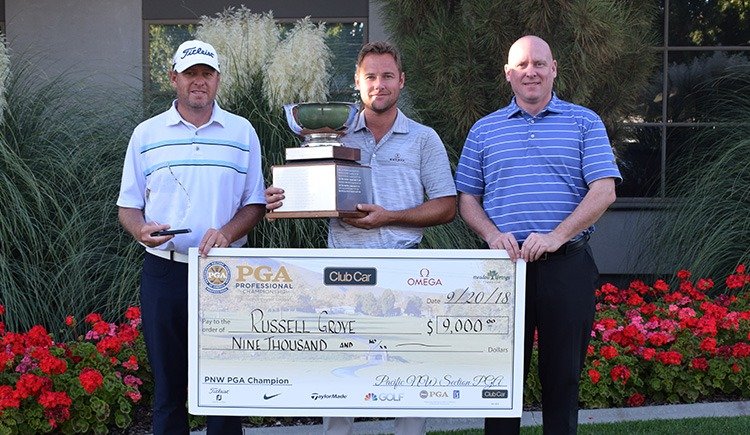 Russell Grove of North Idaho College is a repeat winner for the PNW Professional Championship after winning in a one-hole playoff against Tim Feenstra of Broadmoor GC. The Section Championship was held at Meadow Springs CC, September 18-20.

Additionally, the low 20 scores at the 2019 PGA Professional Championship presented by Club Car and OMEGA will earn a place in the 101st PGA Championship at Bethpage Black in Farmingdale, New York, May 13-19, 2019

Meadow Springs CC was designed by Robert Muir Graves and is one of Washington’s top-rated courses.  The club was founded in 1973 and over the past 45 years has hosted numerous PGA, PNGA, a PAC10 Championship and was host of the Tri-Cities Open Nationwide Tour event for many years. Meadow Springs CC recently underwent a complete bunker renovation designed by David Druzisky. 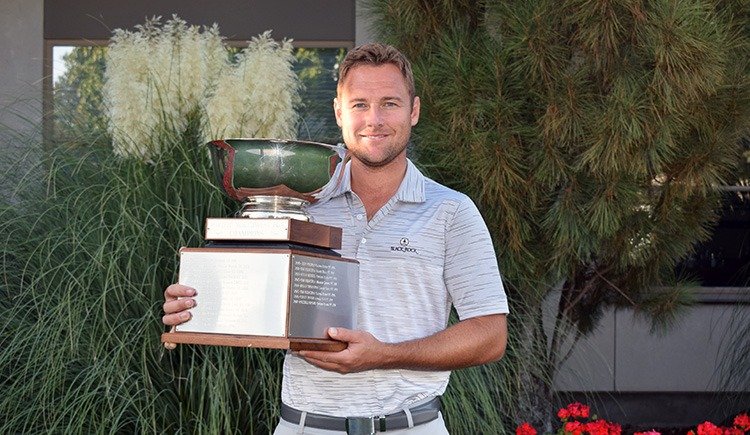