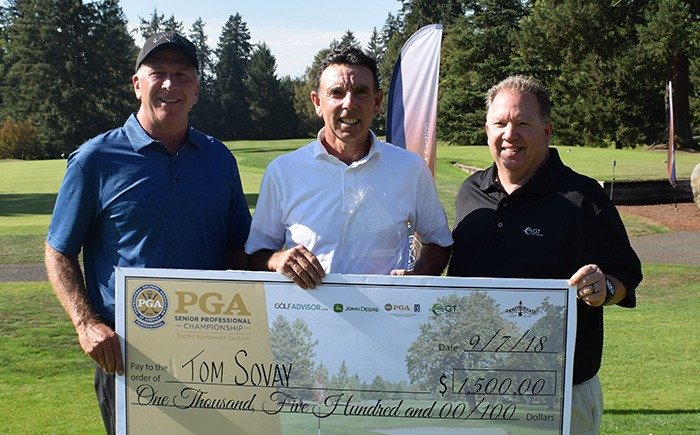 Tom Sovay of The GC at Redmond Ridge GC won the PNW Senior PGA Professional Championship by one stroke over Joe Carranza of Aldarra Golf Club.  Sovay birdied the last hole after Carranza posted a low score of 67 two hours prior.

Ted Westling of Stone Creek GC won  the Senior Division.  He won by one stroke over Brian Davis of Grays Harbor GC.

Rob Gibbons of Arrowhead GC captured the Hugh Starkweather award which goes to the low player for both rounds that is 60 years and older.

The Senior PGA Professional Championship was established in 1952. Back then, the championship was held at the Yakima Elks’ G&CC with only 21 professionals battling it out for the mere sum of $920 dollars. The famous Bob Duden won the championship six times during the 70’s and seven times overall. Today, this is a popular event for Section seniors. 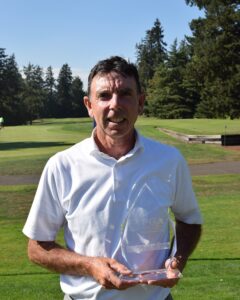 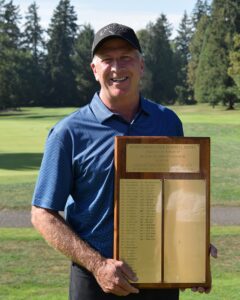 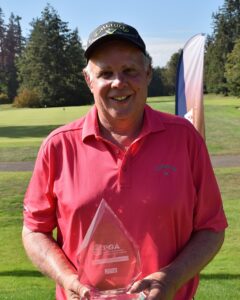