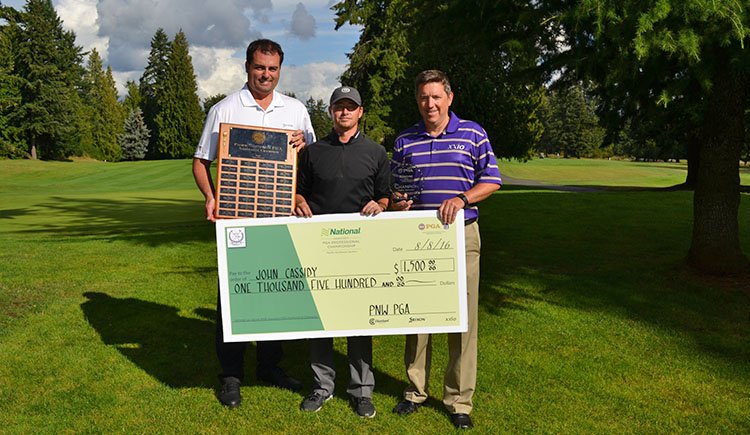 With only three spots up for grabs, the field knew that a well-executed 36 holes of golf would be needed to see their name atop the leaderboard. The morning round was a 7:30 am shotgun start in the cold and wet.  It was a grinding type of round, with only one player scoring even par.  Bo Baker (Lewiston G&CC) finished his morning round with a 71. A plethora of 72’s were close behind, a group which included 2014 champion Ryan Malby (Iron Horse GC).  On the outside looking in was John Cassidy (Alderbrook G&YC) who fired a first round 74.

After a short break and re-pairing for the final round, the players headed out for the second and final round.  Much to the delight of everyone, the rain subsided and the sun came out, perfect conditions for someone to make a move.  The man to make the biggest move was John Cassidy, who came out firing with the hopes of playing his way into the top three.

“I played pretty poorly in the morning, so in the afternoon I made some adjustments to my setup and hit the ball really well. I just tried to shoot the lowest score I could and let the cards fall where they may,” said Cassidy. The cards ultimately fell in his direction as he shot a final round 68, good enough to finish even for the day and first in the event.

“It feels great to win finally after finishing second the last two years.  I’m excited to get to play in the National again as well,” Cassidy expressed after his winning performance.

Along with Cassidy, Shane Prante (Fort Steilacoom GC) and Grant Lancaster (Useless Bay G&CC)  ?  who finished second and third respectively  ?  will represent the Pacific Northwest Section at the National Assistant PGA Professional Championship. Congratulations to these three gentlemen! We wish them the best of luck when they compete in Florida, October 27-30.

We would like to thank National Car Rental, Cleveland Golf and Srixon for sponsoring this event.  Another thank you goes out to Fairwood G&CC and their staff for the accommodations and exceptional golf course.

Fairwood G&CC was founded in 1967 by George E. Bell. The Course was originally designed by golf course architect, William G. Teufel, however newer designs by late local architect John Harbottle III have been submitted and incorporated.

Fairwood G&CC has had the honor of hosting a number of competitive tournaments over the years including the Washington Open. Despite the lack of length, Fairwood G&CC provides a tough but fair challenge due to its narrow fairways and firm and fast greens. 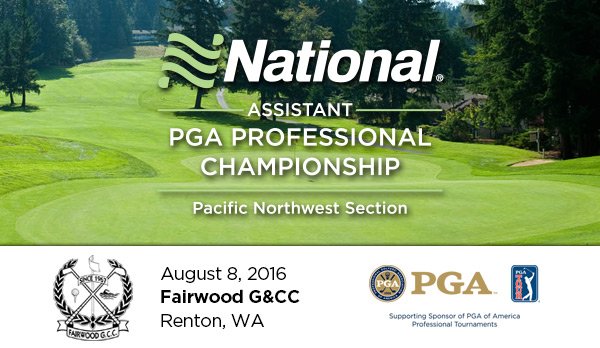