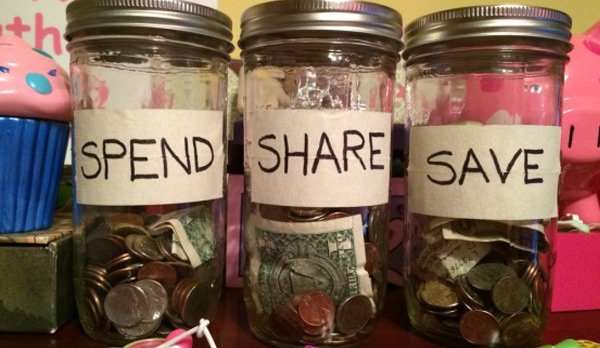 Each payday, we all have a choice on where each dollar will go (after taxes have been ripped out of course), and many smart investors know how this works. For example, utility bills, car payments, mortgage/rent, food, credit card payments, insurance, entertainment all show up to collect a share of that total paycheck. I believe this is budgeting and that every dollar has a purpose. Go ahead and name each dollar, like “this dollar is going toward a trip this summer to play golf at one of the PNW finest golf courses”. But don’t forget savings and charitable giving.

In a first-of-its-kind survey, the Almanac of American Philanthropy showcases how Americans are a charitable group, in fact the most generous in the world. The Almanac found that Americans out-donate Britain and Canada two-to-one and nations like Italy and Germany 20-to-one. Even better, more than half of every single income class except those earning less than $25,000 donate to charity. The top 1 percent in the U.S. economy fork over one third of all donations made.

“The wealthiest 1.4 percent of Americans are responsible for 86 percent of the charitable donations made at death,” said the survey conducted by Public Opinion research. 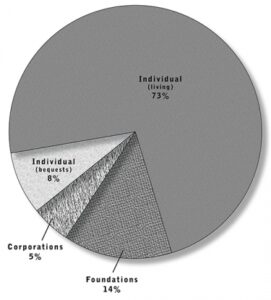 It’s easy, amid press stories about those greedy corporate profiteers, to forget that the vast bulk of American philanthropy is carried out by individuals. You and me. Between individual donations and bequests in wills, personal gifts come to over four times as much, every year, as what behemoths like the Gates, Ford, Walton, etc. foundations plus corporations give away.

Americans also have high hopes for charities, choosing them over government agencies to solve the nation’s social problems, by a wide margin. And as a result, they want to protect tax deductions for charity so that they continue to decide the purpose for every dollar they earn.

Few people realize that private giving is now a much bigger part of how Americans aid the poor in foreign lands than official government aid. The $39 billion of annual aid depicted here comes from a variety of sources: private charities, religious groups, corporate giving, foundations, volunteers, etc. Americans are much more willing than other peoples to voluntarily donate money to help the poor and stricken in foreign lands. The figures here depict private charitable giving in various forms.

Of course there are other ways that a nation can give to less developed countries in addition to private philanthropy—official government aid, remittances to families back home by immigrants, private business investment, etc. When you add up all of these sources of aid, the U.S. comes out far ahead of any other nation, sending $300 billion overseas annually to developing countries.

The only reason I mention these statistics is that people have argued for years that socialism works in countries like Denmark and Sweden, but forget how much better it is when individuals can choose which products and services to buy and sell. The point being, if we don’t give every dollar a name someone else will be more than happy to, and it won’t stretch as far.

An overwhelming amount of giving within this country is born by individuals and going toward the local communities in which they live. When preparing your tax returns, don’t forget to count your gifts to charity in 2015. Your giving attitude can do more than make you feel good for helping others. When tax filing time arrives, your gifts also might help you lower your tax bill. Clothing and household goods are other ways of giving and may allow you to claim the fair market value of those items as a tax deduction (must be in good or better condition to qualify). Give every dollar a name and focus your money on what matters to you.