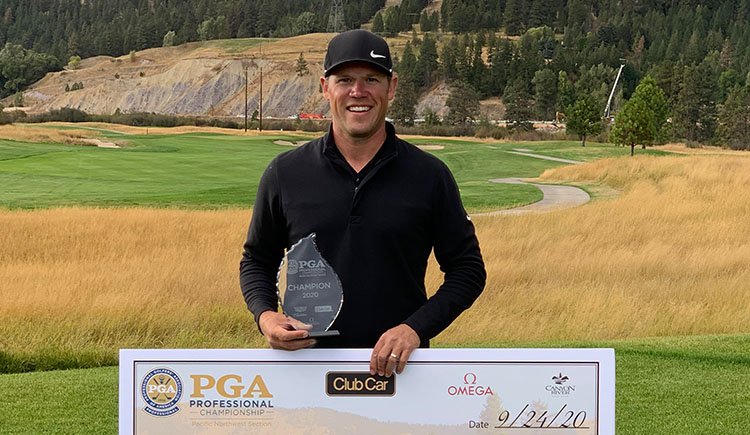 Corey Prugh of Community Colleges of Spokane won the PNW PGA Professional Championship in a four-hole playoff against Brady Sharp of Wine Valley GC and Bo Baker of The Creek at Qualchan.

In addition to Prugh, Sharp and Baker, Tim Feenstra of Broadmoor GC, Russell Grove of North Idaho College, Colin Inglis of Shadow Hills CC and Derek Berg of PNW Golf Academy will be representing us in the 2021 PGA Professional Championship presented by Club Car and OMEGA, held at PGA Golf Club (Wanamaker & Ryder Courses) in Port St Lucie on April 25-28, 2021.

Additionally, the low 20 scores at the 2021 PGA Professional Championship presented by Club Car and OMEGA will earn a place in the 103rd PGA Championship at Kiawah Island Golf Resort – Ocean Course in Kiawah Island, South Carolina on May 20-23, 2021.

The PNW PGA is proud to have a strong field of sponsors including Presenting Sponsors Club Car and OMEGA, Supporting Sponsors Titleist/Foot Joy, Nike and TaylorMade and Supporting Partners Golf Channel and PGA TOUR. 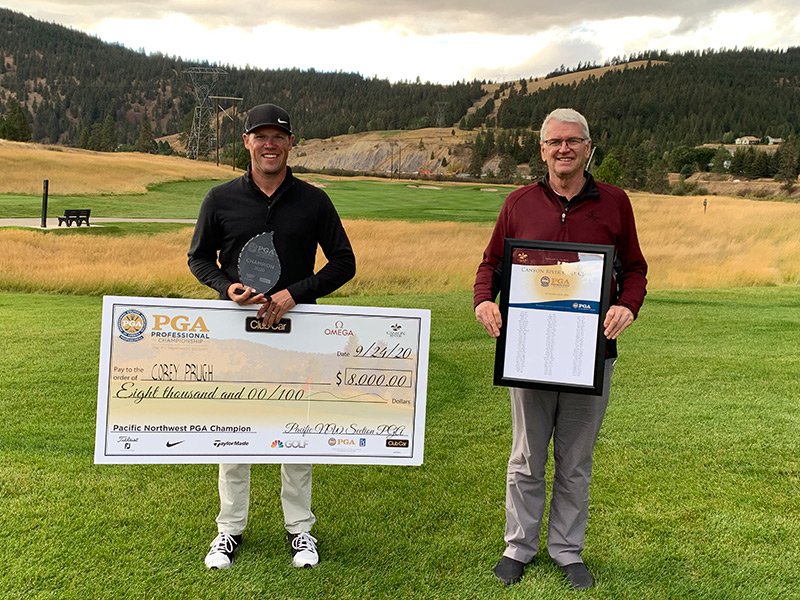 CLICK HERE  to view past champions of the PNW PGA Professional Championship.

Canyon River Golf Club, designed by the internationally acclaimed firm of Schmidt Curley and opened in 2006, meanders through towering pines and native grasslands.  Numerous lakes and riparian marshes located throughout the property come into play on 7 seven holes.  The course was rated #9 new in the nation in 2007, #1 in Montana in 2008 and was named by Golf Digest as one of the top ten new public courses to play in 2008.