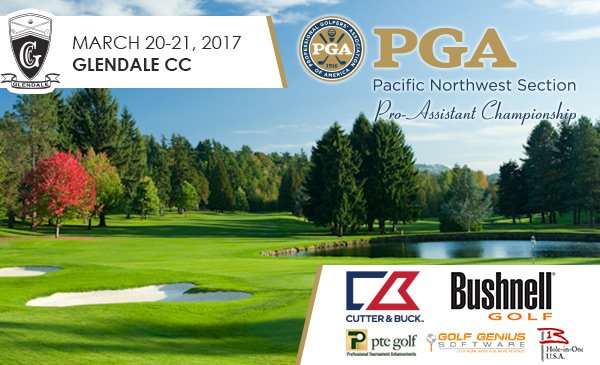 Please join us for the Spring General Meeting and the PNW PGA Pro-Assistant Championship at Glendale CC on March 20-21. Head PGA Professional Kenney Boyd is excited to host this year and invites you to join us for both the tournament and our meeting, which will immediately follow our first round at 7:00 pm. You are all invited to attend. Dress attire for the meeting is golf attire, but it is okay to wear a jacket!

“The section Pro-Assistant is a tournament I look forward to every year. The opportunity to win and be a part of our sections history is really special! The trophy is enormous and bringing it home to our club was fun to share with our members” – Scott Erdmann, PGA Assistant Professional and 2012 champion. 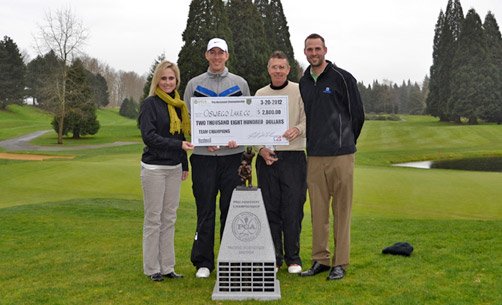 Sally Schmitz is back as a presenting sponsor of the Pro-Assistant Championship with Bushnell. Bushnell has been the industry leader in high-performance sports optics for more than 65 years, constantly exploring emerging technologies to market sports optics that pair leading-edge design with performance innovation.

Bryan Dickson is also a returning presenting sponsor with Cutter & Buck. Cutter & Buck was founded in 1989 in Seattle, Washington, creating premium sportswear and outerwear in styles with distinctive details and quality craftsmanship.

We are happy to welcome back Matt Pollitt with PTE Golf for the fourth year as a supporting sponsor. Also returning this year are Troy Flateau with Golf Genius and David Nelson of Hole-in-One USA.

Glendale CC opened its doors in 1956 and was designed by local architect Al Smith. There has been several design improvements over the years with their newer designs coming from renowned golf course architect John Harbottle III. The course is an excellent test for the amateur and the professional alike, with tough tree-lined fairways and two creeks that come in and out of play on a few holes.