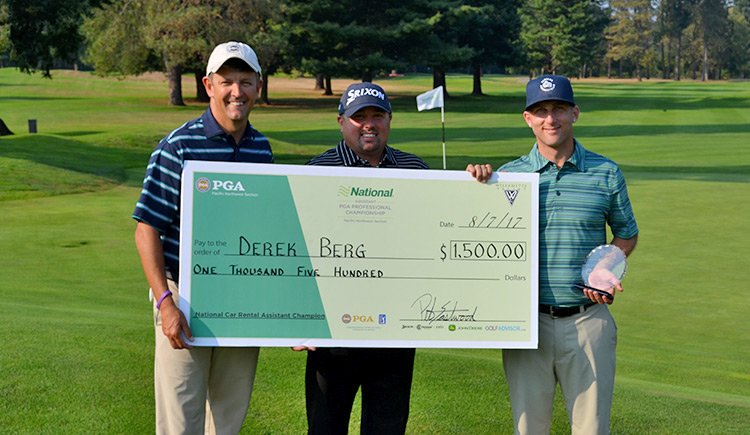 Congratulations to PGA Professional Derek Berg of Sahalee CC for capturing the title of PNW PGA Assistant Champion by five strokes against PGA Professional Justin Wiles of Reames G&CC.  Berg, Wiles and Tim Feenstra of Broadmoor GC will represent our Section at the 2017 National Car Rental Assistant PGA Professional Championship on the Wanamaker Course at the PGA Golf Club in Port St. Lucie, Florida on November 9-12, 2017.

This year’s Assistant Championship marks the 41st Anniversary as a National event but the PNW Section has been conducting the event since Fred Pelzer donated the trophy in 1965.

Willamette Valley Country Club proudly boasts one of the most highly respected 18-hole championship golf courses in the Pacific Northwest. Shirley Stone designed the original layout of this course, further developed by Bill Robinson and Craig Schreiner to become today’s 7,200-yard masterpiece and “hidden gem” of the Willamette Valley. The sixteenth hole has become the signature hole of Willamette Valley Country Club. It is a short but difficult dog-leg left par 4 which requires an accurate approach shot over the pond to a large yet drastically undulating three-tier green.