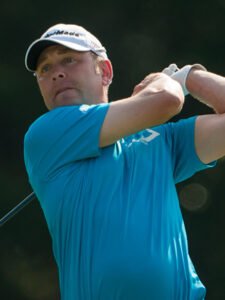 Who or what inspired you to become a PGA Professional?

My PGA Professional career began in 2003 when I was hired as an Assistant Professional at Seattle Golf Club by Doug Doxsie. I simply wanted to continue to be around the game and also to continue to play competitively. Little did I know how much becoming a PGA Professional would change my life. I have been very fortunate in my golf career to work at great places and play in great championships, but I have also been around some very great PGA Professionals: Ron Barker, Steve Prugh, Brad Rickel, Les Blakley, Dan Hill, Doug Doxsie, Fred Jacobson, and now Mike Montgomery. I learned the game and how to compete from Ron Barker. Brad Rickel taught me how to be a leader, when to have fun, and when to focus. And Doug Doxsie, shaped who I have become as a PGA Professional.

You were the 2016 Oregon Open Invitational champion. You’ve also won quite a few other championships and honors over the years. Which is your favorite or most meaningful, or you have an interesting story about?

I would say I am most proud of being a two-time member of the United States PGA Cup Team. Those experiences will live with me forever! However, one of the more interesting stories were my PNW Pro-Am wins back to back with Jack Lamey. We made a great team, and what makes it interesting is I am 40 years younger than him… and I don’t think any other game could bond two people more than how golf has forever linked he and I.