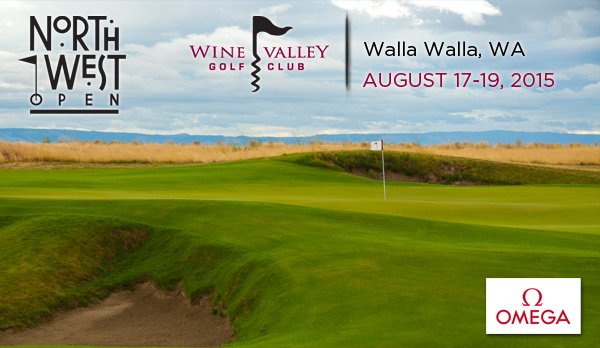 Entries are now available for the Northwest Open Invitational at Wine Valley GC on August 17-19.  The entry deadline is Wednesday, August 5.  PGA Director of Golf John Thorsnes is excited to host this year and invites you to take part of this historic championship.

This year once again, you will play all three days – the event is a 54-hole stroke play, no cut championship!

Watch 168 of the best PGA Professionals and top amateurs from Washington, Oregon, Northern Idaho and Western Montana in this event’s 111th year.

The Northwest Open is a significant part of Northwest golf history. The early years of the championship were dominated by Seattle Golf Club’s Robert Johnstone (who won 6 of the first 10 events) and “Long Jim” Barnes. Spokane’s Marvin “Bud” Ward captured six championships over a 22 year span, five as an amateur and his last as a professional.

Last year, the Northwest Open Invitational was taken by amateur Carl Jonson of Wing Point G&CC who won in a day long battle against PGA Professional Tim Feenstra of Broadmoor Golf Club when he took the lead for good with a birdie on the par 3 16th hole.

Wine Valley Golf Club, which opened in August of 2009, has already been listed on Golfweek’s Best New Courses—coming in at #5. This stunning Dan Hixson design unfolds on a grand scale, playing over rolling hills in the shadow of the Blue Mountains. Wine Valley GC had broad fairways, dramatic bunkers, and bold undulating putting surfaces.

In addition to fantastic golf, take time to enjoy one of the many winery tours available in Walla Walla. The Walla Walla Valley has been called “the next Napa Valley,” and for good reason. Here, winemakers from around the world are growing the next generation of legendary wineries. http://www.wallawalla.org/wineries/