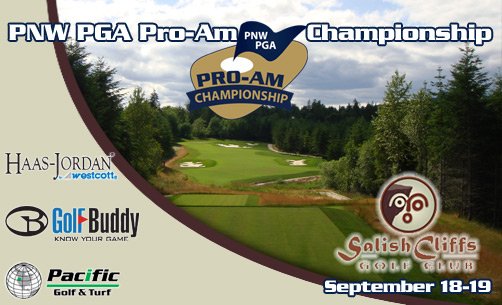 The entry priority for this event is:

**The early deadline for the second category is Wednesday, August 14 at 5:00 PM.

Golf carts and range balls are included as part of the entry fee this year.

Salish Cliffs GC is a Gene Bates designed golf course which opened in September of 2011.  Owned by the Squaxin Island Tribe and operated by Little Creek Casino Resort, the golf course covers over 300 acres through the Kamilche Valley.  Rich, lush forestry encircles 16 of the 18 holes that feature dramatic views of the valley and smooth elevation changes of over 600 feet.  The playing surfaces consist of T-1 Bent grass on the tees, fairways and greens.  The roughs are pure rye grass with a border of native fescue outside.  Several wetlands are located within the courses design and both the front and back nine finish by sharing a massive double-green.

Salish Cliffs is a great site.  Hope you can join us in September!