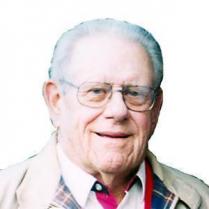 Boots played on the PGA Tour in 1951. He was a very successful player in the Northwest, playing on the Hudson Cup team 12 times and winning the Oregon Chapter Championship 5 times.

Memorial contributions may be sent to Lovejoy Hospice in Grants Pass (939 SE 8th Street, Grants Pass, OR 97526 or www.lovejoyhospice.org). No public services are planned.