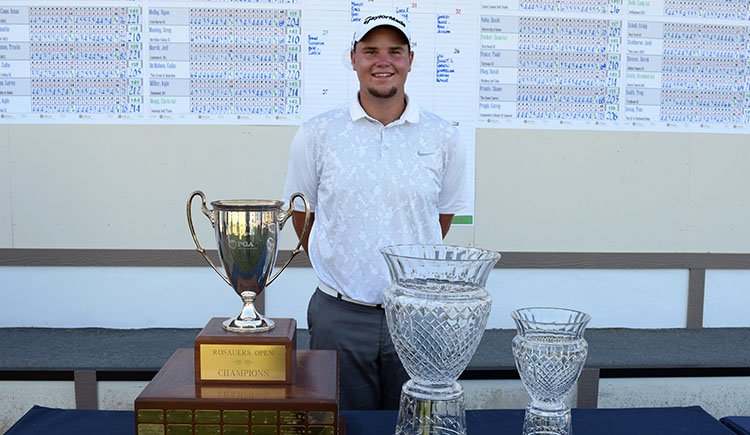 Amateur Derek Bayley of The Links GC  won the 31st Rosauers Open Invitational by three strokes after firing a final round score of 72-62-66-200, 13-under par.

He has previously won this event back in 2016 at MeadowWood GC and holds the current 18-hole tournament record of 59, 13-under par.

The Rosauers Open Invitational has been a part of the PNW PGA tournament program since 1988.  The famed golf tournament has been hosted at just two facilities: Indian Canyon GC and MeadowWood GC.  PGA Professional Corey Prugh of Manito CC (2009, 2011, 2013 & 2015) holds the record for the most wins.  Derek Bayley set the 54 hole-tournament record of 189 (27-under par) at MeadowWood GC in 2016. Bayley also holds the 18 hole tournament record of 59, 13-under par the same year at MeadowWood GC while PGA Professional Brady Sharp holds the 18-hole record of 60 at Indian Canyon GC set in 2017. 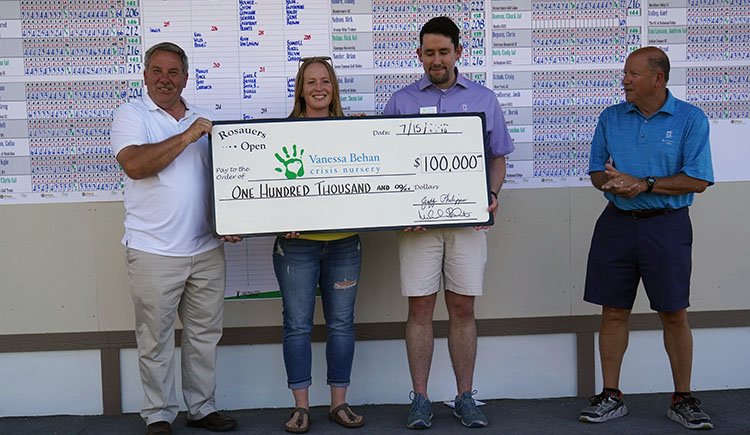 Proceeds from the event benefit the Vanessa Behan Crisis Nursery, Spokane’s safe haven for children at risk of abuse and neglect.  The Nursery also provides counseling, education and referrals for parents of young children.  The 2018 event alone made $100,000 for the charity with approximately $2.97 million raised through the years.  To learn more about the charity or to make a donation, please go to http://www.vanessabehan.org.

Indian Canyon was built in 1935 for $200,000.  H. Chandler Egan, a member of the PNGA Hall of Fame, crafted the Canyon’s layout over the well-treed hillside southwest of the Spokane River. Indian Canyon hosted the 1941 and 1984 Public Links Championships.  When Bill Welch was victorious in 1941, he concluded “After I played Indian Canyon, I never wanted to go back to Texas again.  I never saw a golf course that beautiful in my whole life…. I did return to Texas, but only to pack my bags and move to Spokane.”

This municipal track has been annually rated among Golf Digest’s “Best Public Courses”, “Best Affordable Courses”, “Best Golf Courses You Can Play”, “Best in State” and taken individually, some holes rank with the best holes found on any course – public or private – in the region.