It was a fantastic week at Overlake G&CC. Mark Sursely and Adam Rogers were incredible hosts. Special thanks to sponsor Kirk Fallgatter of Levelwear. 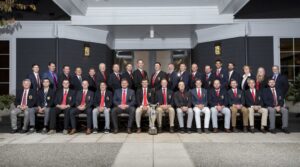 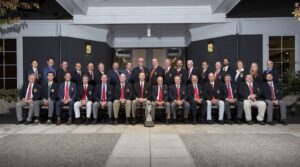 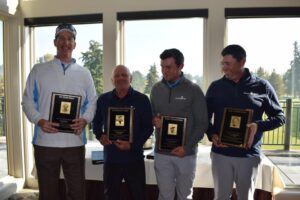 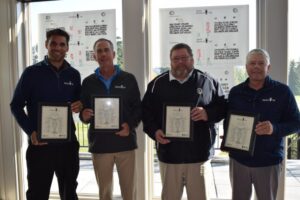 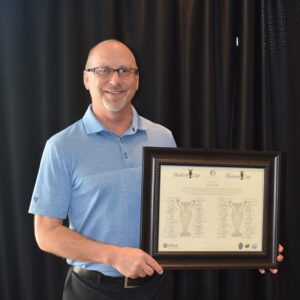 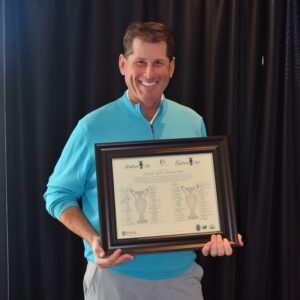 Robert A. Hudson was a very successful Portland businessman whose firm, Hudson House, was one of the nation’s leading wholesale grocers. Hudson played golf at Portland Golf Club and was devoted to the game. During World War II, the PGA of America was trying to keep its Tour alive and was in dire need of sponsors.  Hudson stepped up to the plate with the urging of Larry Lamberger, Portland Golf Club head professional, and offered to underwrite a 72-hole open tournament with a purse of $10,000. Thus the 1944 Portland Open was born, and Sam Snead won it. Hudson stayed with the program and went on to sponsor the 1945 Portland Open (in which Ben Hogan set the 72-par 72-hole scoring record of 27-under-par 261) and the 1946 PGA Championship, won by Hogan. Hudson went on to sponsor Portland Opens in 1948 and 1949 and the Western Open in 1955, all at Portland Golf Club, and he became the first chairman of the PGA Advisory Committee.

Each player will play three matches, a Foursome match, Four-Ball Match, and a Singles Match. At the completion of the matches, awards are presented to the outstanding player on each team as decided by votes of the team members. They honor Chuck Congdon, Larry Lamberger, Bob McKendrick and Bill Eggers, four great players with outstanding Hudson Cup records.

Originally founded in 1927, and re-founded in 1953, Overlake Golf & Country Club is a private golf club home to a challenging 18-hole course designed by one of the Northwest’s preeminent early-day golf architects, A. V. Macan. The original Frank James-designed Overlake Golf Club opened in 1927. James and his partner, William Henry Tucker, designed such early layouts as Olympia Country & Golf Club, Sand Point Country Club, and Jackson Park Golf Course. After the Great Depression and the closure of the original course, the Club’s founders hired A. Vernon Macan of Victoria to design a new layout in 1953. Overlake’s course has been fine-tuned and improved over the years. The club has hosted many tournaments over its five decades, including two Ernst Championships hosted by Fred Couples in 1994 and 1995.