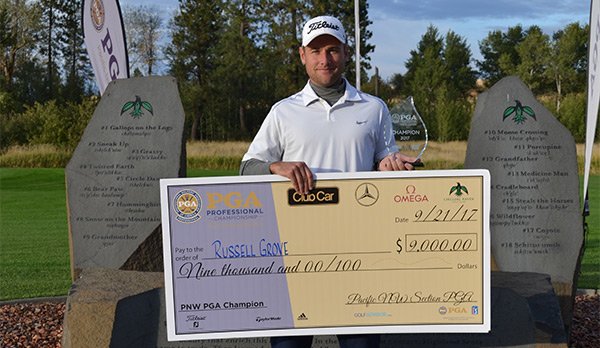 The top 7 professionals earned a spot and advanced directly to the PGA Professional Championship, presented by Club Car, Mercedes-Benz USA and Omega, at Bayonet Black Horse, Seaside, California on June 17-June 20, 2018.  In addition to Grove, Thornton, and Grow, Trevor Fox of The GC at Black Rock, Bob Rannow of Ocean Dunes GL, John Cassidy of The Home Course and Tim Feenstra of Broadmoor GC  all earned spots.

Additionally, the low 20 scores at the 2018 PGA Professional Championship will earn a place in the 100th PGA Championship at Bellerive CC, St Louis, Missouri August 16-19, 2018. 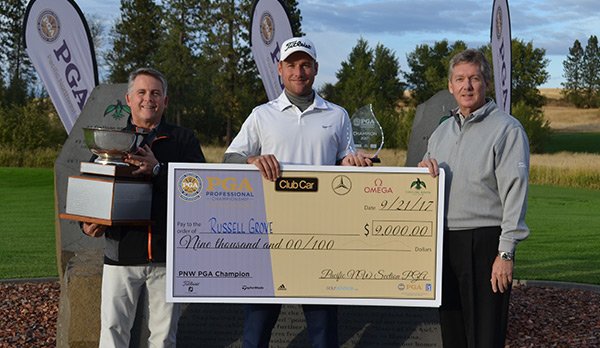 CLICK HERE to view past champions of the PNW PGA Professional Championship.

This beautifully designed course was built in 2003 by architect Gene Bates. Flowing through 620 visually stunning and inspirational acres adjoining the Coeur d’ Alene National Forest. Wildlife is abundant, including elk, deer, moose and an occasional black bear.  Circling Raven has consistently been rated as one of the top Resort courses in the country.  Golf Digest and Golf Magazine Golf World have rated it in their Top 100.