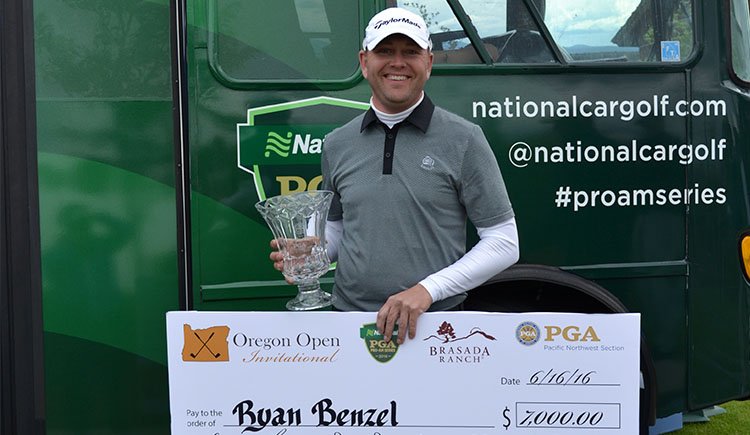 The tournament at Brasada Canyons consisted of 48 teams competing in a 36 hole best 2 of 4 net team competition, Pro-Am Four-Ball as well as 54-hole individual competition.  Participating teams from each Pro-Am Series tournament are entered in a random drawing to receive a VIP golf experience with Keegan Bradley, the winner of the 2011 PGA Championship, and his father, PGA Professional Mark Bradley.  The Bradleys serve as ambassadors for the Pro-Am Series.

For more information about the National Car Rental PGA Pro-Am Series, please visit www.nationalcargolf.com.  Fans can follow the Series on Instagram and Twitter @NationalCarGolf and participate in the conversation using #proamseries.

This championship dates back to 1905 when sheep mowed the fairways at Waverley CC, George Smith, a Scot from Oakland, CA won the Oregon Open’s inaugural championship including a course record 74. Little did he know that some of golf’s most prestigious names were to follow in his footsteps such as Tommy Armour, Horton Smith, Chuck Congdon, Bob Duden, Bill Eggers, Jerry Mowlds, Pat Fitzsimons, Rick Acton, Peter Jacobsen, Jeff Coston, and Mike Davis.  And only three men have won the title three or more times; Bill Porter (3), Rick Acton (4), and Bob Duden (8).  The tournament scoring record is held by Brian Nosler at 198, set in 2009 at Brasada Canyons.

Designed by native Oregonian Peter Jacobsen and Jim Hardy, Brasada Canyons Golf Course in Powell Butte, Oregon is undeniably one of the most beautiful and enjoyable Oregon golf courses. The course opened on September 1, 2007 and is known for the best 18 views in Central Oregon. 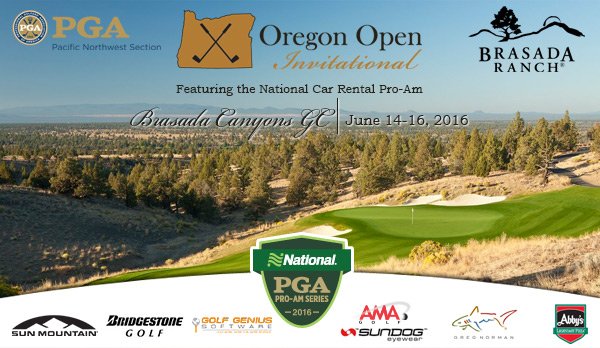