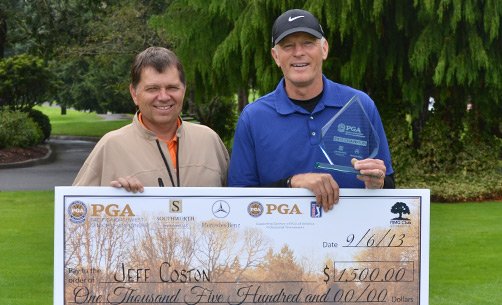 Chuck Milne of Vanco Driving Range (Vancouver, WA) is leading the Senior PGA Championship after firing a first round 67, 4-under par.  He leads by one stroke over Tom Sovay of Redmond Ridge GC (Mukilteo, WA) and Jeff Fought of Black Butte Ranch (Sisters, OR).

Rick Adell of Bellevue, WA and Bill Tindall of Aldara Golf Club (Falls City, WA) are leading the Senior Division after firing a first round score of 71.

The top seven players (plus Jeff Coston) are playing for a chance to qualify for the 2013 Southworth Senior PGA Professional National Championship at Creighton Farms & River Creek Club in Virginia – October 10-13, 2013.

As a new feature to our tournament program, results will be posted at regular intervals throughout the day at https://www.pnwpga.com/results/resultssrpga13.html   “Almost live scoring” will begin at 10:00 am each morning after the groups begin turning.  Be looking to see if one of your friends posts a low score! 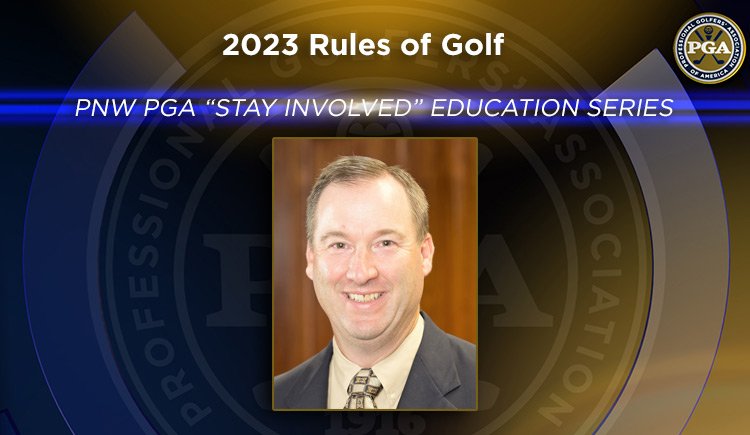