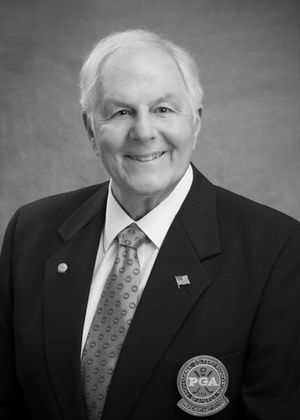 It is fitting that Dowaliby was inducted as the first PNW PGA Hall of Fame member from Montana, as he mentored many of today’s PGA Professionals in Montana. A PGA Member for 50 years, Mike Dowaliby began his career in 1960 in at the Woodland Hills Country Club in California. In 1968 Dowaliby opened the Calabasas Country Club in California as their first PGA Professional and set out building a large Junior Golf Program. Finally, in 1977, the native Californian took over the helm at the Whitefish Lake Golf Club for the next 22 years. At Whitefish Lake, Dowaliby was known for his strong junior programs and taught many young people about the game of golf. Dowaliby’s golf shop was also the first Montana facility to be recognized by Golf Operations Magazine as one of the “Top 100 Golf Shops” in America.