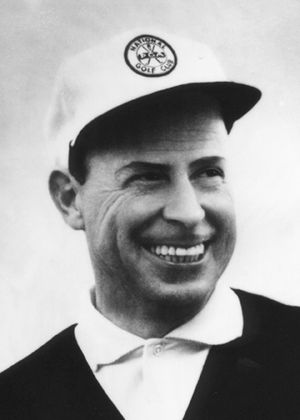 Chuck Congdon was the professional at Tacoma Country & Golf Club from 1935 to 1965. Chuck was involved in getting the Pacific Northwest Section started and served three terms as president. He also served as a PGA of America Vice-President from 1955 to 1957. The Section presented Chuck with its highest honor by electing him Golf Professional of the Year. He played on 15 Hudson Cup teams, and was the captain of the 1954 team. Chuck won the Washington Open in 1939, 1947, 1950, 1952 and 1962, the Portland Open in 1947, the Canadian Open in 1948, and the Pacific Northwest Section Championship in 1963. Not only was Chuck a great player, he was also known to be one of the top teachers in the country.