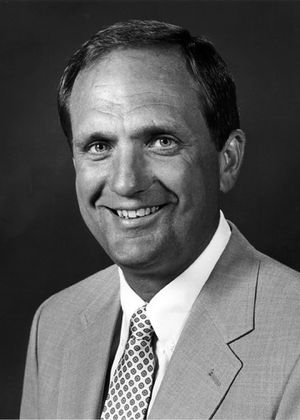 Bill Tindall’s life has revolved around the PGA and the game of golf. The son of PGA member Bob Tindall, Bill’s talent shined at an early age when he won the Seattle City Amateur at the age of 15 and the USGA Junior Boys Championship in 1960. His first head professional position came at Longview Country Club, and eight years later he accepted the head professional position at Seattle’s Broadmoor Golf Club. Bill developed a reputation among his peers as one of the finest club professionals in the country, and was awarded with the Section’s Golf Professional of the Year award in 1987. Always an outstanding player, Bill’s exemplary game continued during his career as a PGA Professional when he won the 1994 Oregon Open. He has long been recognized as the “Pro’s Pro” in the Northwest, and countless professionals have tried to emulate his career, professionalism, and generosity.