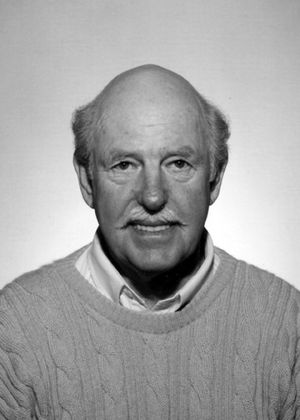 Bill Eggers was a prominent club professional for more than 30 years and in that time carved out one of the finest playing records in Pacific Northwest Section history. He won the Oregon Open in 1960 and 1961 and the Oregon PGA in 1965. He played the PGA Tour for four years in the early 1960’s. He played on 15 Hudson Cup teams between 1958 and 1982 and was the Professional Team captain in 1991 and 1992. He was a noted teacher and served as head professional for Rose City GC, Gresham ­CC and Charbonneau GC. In his later years, Bill was among the national leaders in teaching disabled golfers. He served as Oregon Chapter President and was a long-time chairman of the Section Tournament ­Committee.