From PNWPGAWiki
Jump to navigation Jump to search 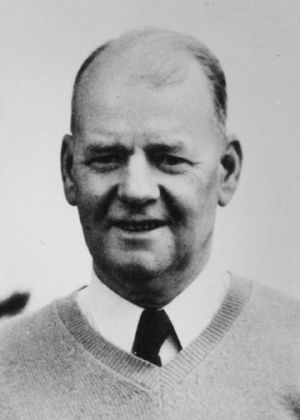 In 1900, Robert Johnstone emigrated from North Berwick, Scotland to San Francisco, where he laid out courses at Ingleside and Presidio Golf Clubs. He remained the club professional at Presidio for five years. He won the first Open Championship of the Pacific Coast Golf Association in 1901 and won it again in 1903. In 1905, he caught the eye of a few members from the Seattle Golf Club while playing in the Northwest Open at Waverley CC, and they persuaded him to visit Seattle. He did visit, and never left. In June 1905, Johnstone began his thirty-two year association with Seattle Golf Club as their first golf professional. From that point, well into the twenties, there was no better-known golfer in the Pacific Northwest than Robert Johnstone. He went on to win the Northwest Open in 1906-1908 and 1910 for a record total of six Northwest Open victories. In 1922, he was instrumental in the forming of the Pacific Northwest Section PGA and served as its first president.

Johnstone also was a course architect throughout the Pacific Northwest, and designed Downriver Golf Course in Spokane -- the oldest municipal course in the city.

He laid out the course for the County Club of Seattle on Bainbridge Island in 1900. The club moved to Laurehurst, where Johnstone laid out a nine-hole course with grass greens.

In 1907 the Seattle Golf Club moved to its present location off Richmond Beach Road where an eighteen hole course was designed by A.Vernon Macan and Robert Johnstone. He was involved in a major work in cutting golf links out of virgin acreage for the Downriver course in Spokane.

He had done a similar service for the Seattle Board of Park Commissioners when he laid out the municipal links at Jefferson Park the first public course west of Chicago, opened on 12th May 1915.