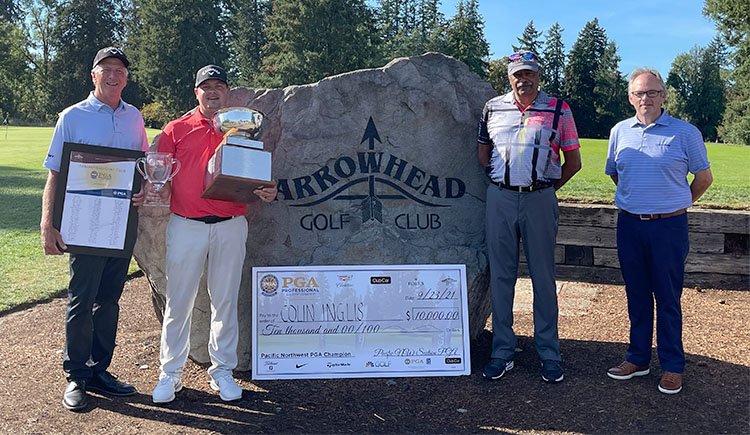 CLICK HERE – to view past champions of the PNW PGA Professional Championship.

Situated on 135 verdant acres in the heart of the Willamette Valley, Arrowhead Golf Club remains the hidden jewel of Clackamas County. Guarded by old-growth forest, the 18-hole private championship golf course meanders across lush meadows and rolling hills, crossing paths with the pristine Molalla River and Wrights Creek before beginning its final approach back to the clubhouse. Despite its picturesque setting, the par 71/6537 yard course is designed to challenge players of all abilities. Its demanding layout and manicured playing surfaces result in a dynamic playing experience enjoyed by amateurs and experienced golfers alike.