PGA Professional Jeff Coston of Semiahmoo G&CC won the Muckleshoot Casino Washington Open Invitational by two strokes, making him the oldest Section major winner and now the holder of the most Washington Open wins at six (1996, 1999, 2001, 2010, 2016 and now 2021).  He completed the tournament at 206, 10-under par.

The Pacific Northwest PGA is proud to have some amazing sponsors including the title sponsor of Muckleshoot Casino with Donovan Brothers, Hargis, and Annasea as Presenting Sponsors. Also returning as Supporting sponsors are Tito’s Handmade Vodka and Oak Harbor Freight Lines, Inc. We would also like to thank Hemplers/Isernio’s/Fletchers, Adidas and TaylorMade, along with Bushnell Golf for their continued support.  Thank you, sponsors! 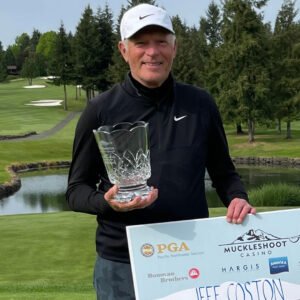 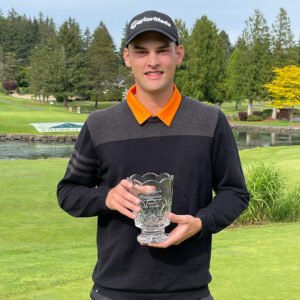 The Washington Open Invitational dates back to 1922. In that year, young Al Espinosa captured the crown at Yakima CC. Some big names have won this event over the years including the Zimmerman brothers, Al and Emery, along with Chuck Congdon, Al Mengert, Senior Tour Player Rick Acton and PGA Tour Player Fred Couples. Don Bies won as a club pro in 1959 and again in 1980 and 1987 after he retired from the PGA tour.