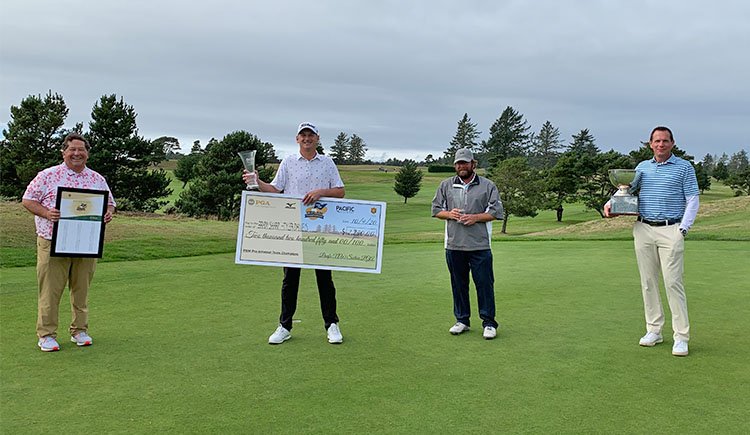 The Pacific Northwest Pro-Am Championship is a two-man team competition with one professional and one amateur playing a four-ball format. We are proud to have Pacific Turf & Golf as our title sponsor.

The Pacific Northwest Pro-Am Championship started when a young head professional named John Junor and his amateur partner won back to back titles at the magnificent Seattle Golf Club in 1924 and 1926 (no championship in 1925). Professional Walter Pursey and amateur Harry Givan topped Junor in the late 30’s with a three-peat victory at Seattle GC twice and Alderwood GC once. Don Bies holds the record for most Pro-Am titles (1961, 1964, 1966, 1984). Other greats such as Bunny Mason (1963) and Jerry Mowlds (1969, 1978) have all had their share of the title.

Astoria Golf and Country Club began in 1923 and is considered one of the Northwest’s premier private golf clubs. The unforgettable and challenging 18-hole golf course, built on top of ancient sand dunes near the Pacific Ocean, is one of Oregon’s hidden gems and host to the annual Oregon Coast Invitational Tournament.  With its rich history and one of a kind layout, Astoria truly is a “St. Andrews of the Pacific.” In addition to hosting this event three times in the past, Astoria G&CC hosted the 2016 PPC, 2002 Pro-Assistant Championship, 1968 Oregon Open, 1963 Hudson Cup and 1950 Northwest Open.