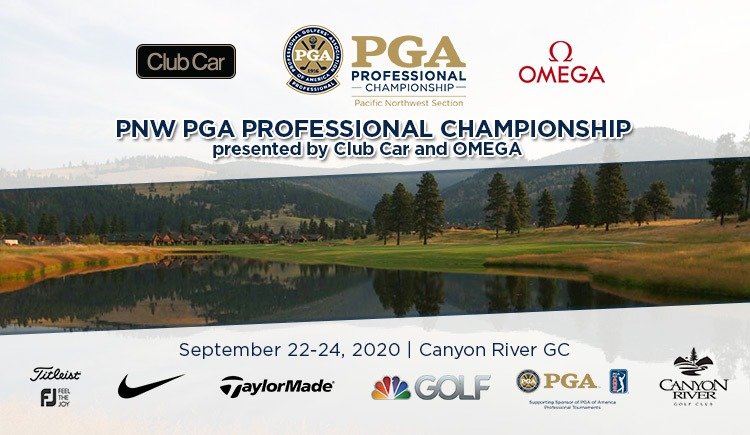 Entries are now available for the PNW PGA Professional Championship presented by Club Car and OMEGA. This year’s championship will take place September 22-24 at Canyon River GC in Missoula, MT. The entry deadline is September 9th at 11:59 PM. You may register for this event through PGA of America Membership Services online at www.pgatournaments.com.

“The PPC is our best event of the year. It offers us an opportunity to qualify for the National Championship. This will be my third time at Canyon River and it is one of my favorite courses to play,” – Tyler Sweet, PGA

Open only to PNW PGA members, this championship confers the title of “The Pacific Northwest Section Champion.” In addition to the winner, 6 players will advance to the 2021 PGA Professional Championship presented by Club Car and OMEGA.

We are also playing for a large purse. We’ve averaged well over $70,000 the last five years and with your participation we expect this year to easily top that mark.

This is a fun event for all, with fantastic competition and comradery with your fellow PNW PGA members.

The PNW PGA Professional Championship presented by Club Car and OMEGA is only open to PGA Members who are employed and classified in one of the eligible membership classifications (see PDF) as of September 9 including LMA and LMMA. The PGA of America Headquarters records must reflect this status at time of entry and on the Section entry deadline.

Additionally, the low 20 scores at the 2021 PGA Professional Championship presented by Club Car and OMEGA will earn a place in the 103rd PGA Championship at Kiawah Island Golf Resort – Ocean Course in Kiawah Island, South Carolina on May 20-23, 2021.

Note: Grooves and Punch Mark Specifications
In making a stroke, the player must use clubs that conform to the groove and punch mark specifications in the Equipment Rules that took effect on 1 January 2010. Ping Eye 2 irons manufactured before 31 March 1990 with a groove spacing to groove width ratio of 2.3 to 1 are allowed for play under Rules of Golf, even when this Local Rule is in effect (See Model Local Rule G-2 in Committee Procedures). 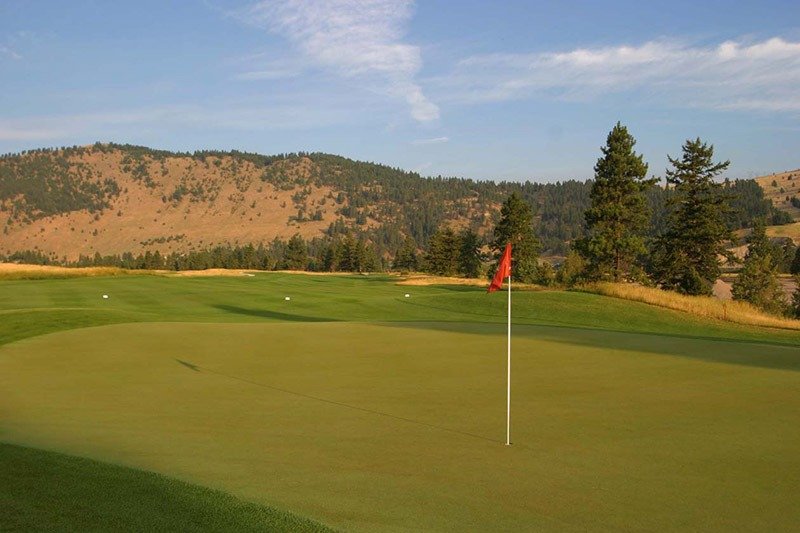 The Return to Canyon River GC

Canyon River Golf Club, designed by the internationally acclaimed firm of Schmidt Curley and opened in 2006, meanders through towering pines and native grasslands.  Numerous lakes and riparian marshes located throughout the property come into play on 7 seven holes.  The course was rated #9 new in the nation in 2007, #1 in Montana in 2008 and was named by Golf Digest as one of the top ten new public courses to play in 2008.

Only open to Section Professionals, this event draws the strongest field of PGA members in the Northwest.  Last year, Corey Prugh of Community Colleges of Spokane won the championship at Indian Summer G&CC. This was Prugh’s second PNW PGA Championship title, having previously won this event in 2016.