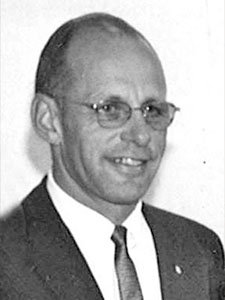 Harvey Hixson passed away on October 8, 2020 at the age of 91. Harvey was born September 29, 1929 in Salem, OR. After compiling an outstanding amateur record, he turned professional in 1954 to become an assistant to Harold West at Laurelwood GC in Eugene, OR. He served as head professional at Laurelwood from 1957-1959 before becoming an assistant to Larry Lamberger at Portland GC. Harvey  was was elected to membership on October 2, 1959. From 1961-1978 he served as head professional at Hidden Valley GC in Cottage Grove, OR and at Springfield CC. In 1981 he became golf professional at Crooked River Ranch in central Oregon, where he remained until he retired.