Tax filing season for 2018 is still open through April 15th of this year, leaving many individuals to wonder: Did my taxes actually go down in 2018 as policymakers promised? Too many will be tempted to compare their 2017 tax refunds to their 2018 tax refunds and make a judgment that way. But that sort of analysis misses a key part of the equation: the impact that changes in tax withholding have on an individual filer’s tax refund (or taxes due).

First, let’s recap what we know about individuals’ tax liabilities in 2018 due to the Tax Cuts and Jobs Act. The new tax code lowered tax rates, doubled the standard deduction, doubled the child tax credit and expanded eligibility, and limited the alternative minimum tax. It also limited several deductions, such as for state and local taxes paid and mortgage interest. 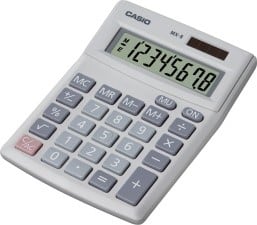 These changes impact taxpayers differently, but the majority of Americans had a lower tax liability in 2018 than they would have otherwise. Approximately 80 percent of filers had their taxes cut by the Tax Cuts and Jobs Act, while only 5 percent saw their taxes increase. Individuals wanting to estimate their tax savings can use this calculator.

But, that doesn’t immediately translate into a larger (or smaller) refund at tax filing time. As part of the tax overhaul, the Treasury Department changed its withholding tables. Withholding tables instruct employers on how much to withhold from an employee’s paycheck. The amount of taxes withheld varies based on the paycheck frequency, the number of exemptions an individual claims on their W-4, and their salary.

The Treasury Department simulated how the withholding table changes would impact taxpayers in 2018. They estimated that the percentage of taxpayers who under-withhold their taxes would increase slightly, from 18 percent to 21 percent, but that the majority of taxpayers, 73 percent, would still over-withhold. Similarly, the Internal Revenue Service has estimated (subscription required) that the number of people receiving tax refunds between February and May of this year will fall by about 2.5 million, or 2.3 percent, compared to the same period in 2017. Ultimately, the effects of the new withholding tables vary depending on each taxpayer’s unique situation.

Throughout the last year, the IRS has estimated the tax savings of sample taxpayers. Using one of those sample taxpayers illustrates these forces at work. Chip and Carrie are a married couple making $85,000 in income, with one spouse working. They have two children, save $5,500 a year in their 401(k), and use the standard deduction. The Tax Cuts and Jobs Act lowered their tax liability by $2,254 in 2018, increasing their after-tax income by 2.65 percent.

Assuming that the working spouse is paid semi-monthly, did not receive an increase in income, and did not modify their W-4 in 2018, they would have had a refund of around $1,007 in 2017, compared to approximately $2,161 in 2018. Under the new law, their refund is larger, and they had $51 less in taxes withheld every paycheck.

Now, it’s quite possible that some individuals will experience the opposite, as the Government Accountability Office (GAO) report notes. While the aggregate figures the percentages of people over- and under-withheld are relatively constant, the individuals themselves might not be so constant. The GAO report specifies that families with children eligible for the child tax credit are more likely to be substantially over-withheld, thus receiving larger refunds, if families did not make updates to their W-4s.

But regardless of how an individual’s tax refund (or taxes due) is impacted, that is not the best way to view the tax savings under the Tax Cuts and Jobs Act.