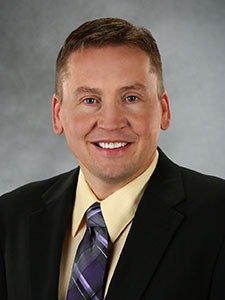 Hometown: Born and Raised in Everett, WA; moved to Bellingham, WA in 2006.

Tell us a little bit about your career. Who or what inspired you to get into golf? I started in the golf business in 1993 straight out of college working at the Everett Golf & Country Club for Bob Borup. After college, I didn’t have any idea what I wanted to do, but one thing I knew for sure was that I loved golf. When I decided to get into the golf business, I got lucky that there was an opening for an Assistant Golf Professional at my home town club. I stayed at Everett until 2008, when I get the opportunity to move to the Bellingham Golf & Country Club working for Mike Montgomery. It was a good time in my life to make a change, and to have the opportunity to work for an up-and-coming Golf Professional like Mike was perfect for me. Since Mike left for Sahalee, I have had the pleasure of working for Cameron Fife. Cameron has really allowed me to do what it takes to grow PGA Junior League at our course and covered for me while I have been gone to matches. I have been at Bellingham for the past 13 years, love the club, love the city.

How did the “Scrubs” feel about their second consecutive win? The Scrubs are a confident, fun group of kids. They enjoyed the competition at Eagle Crest, and the chance to repeat as Section Champions. This team has been together for so long, and are so incredibly talented that they expect big things. We take every match seriously. The competition this year so far is much tougher than it was last year. Hopefully, all these incredibly talented kids playing PGA Junior League and achieving so much has inspired other elite level junior golfers to also compete in PGA Junior League. The Scrubs look forward to the next challenge….

We’ve been seeing great success with this growth-of-the game program. What do you feel are the benefits of PGA JLG? It is the best way to grow the game from the ground level. Our league with the Bellingham G&CC and Skagit G&CC obviously has some elite golfers. But among the 60-70 kids that played, the vast majority are beginners. PGA JLG allows us to introduce the game to kids in a fun, team format that is appealing to kids. With families being so busy, it is best to have something scheduled like other sports do. Regular practices and matches give us more opportunities to teach the game. Although making it to the National Championship has put this team on the map, all the future all-stars we are working with and introducing to golf is what will make the game strong in Bellingham and Skagit County for years to come.

Any advice for professionals thinking of captaining their own PGA JLG team? First off, do it. Captaining a PGA Junior League Team is financially beneficial, but more rewarding in so many other ways. The opportunity to introduce the next generation to the game and watch the excitement as they hit great shots, make putts and make friends in awesome. I encourage all Golf Professionals, especially Assistant Pro’s to get involved.

Some ideas I have after my years as a PGA Junior League Captain are:

1). Think outside the box. The PGA has set up a great program but it is ok to do things in a way that make sense for your facility and the kids you have. The biggest reason I was able to convince the high level golfers to play was allowing them to play from longer tees in matches. But I also match them with younger kids several matches a season and let the younger kids play up. The one tee fits all approach doesn’t necessarily work for all kids, especially when you have a 7 year old that hits the ball 20 yards and you have a 13 year old State Champion that hits it 270.

2). Hold weekly practices. Make them fun like you would any other Junior Golf Event. Encourage older kids to mentor younger kids. Let them play games. Have the kids do practice matches of 3 holes. If the kids are not looking forward to coming to practice, something is wrong.

3). Don’t let matches last too long. We set a time when all matches need to end, usually 2.5 hours after start time. If a league gets too big, playing a full 9 hole match may take over 4 hours. That is too long for the younger kids to be on the course. If a match doesn’t finish a flag due to time, we just award both teams 1/2 flag.

4). Be part of the post season. Even if your team or league doesn’t have many experienced golfers, it is still nice to be part of the all-star season and to give kids the opportunity to call themselves all-stars. The PGA gives every all-star a prize, like a headcover or scorecard holder to recognize their accomplishment. We had the opportunity to host a fab four this year and one of the coolest things was having a team from Alaska down to compete. They were so excited to be part of the fab four, had a great time visiting Bellingham and playing the club, and got to play a match against the all-stars from Harbour Pointe. Even though they lost first match, I will guarantee you they will be back next year.

Thank you, Rick, and good luck to the Scrubs at the National PGA Junior League finals in Scottsdale, Arizona next month!