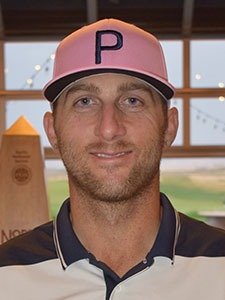 This month we interview Derek Berg, who recently won his first PNW PGA major as a professional. “It is definitely nice to take home the check this time, but it always feels good to play well and come out on top, amateur or professional,” said Berg. Learn more about Derek and his journey from amateur to professional.

Tell us a little bit about your career. Who or what inspired you to get into golf and become a PGA Professional?

I started playing when I was 10 years old. I really just picked it up from my dad, cleaning out the garage and finding an old set just sitting in there. I just started hitting those around and once my dad saw that I liked it, he signed me up for lessons. I played in the WJGA until I went to college at the University of Washington, where I played from 1999-2003. After school, I stayed amateur and worked at courses while trying to play as much as I could.

In 2011, I turned pro and joined our PNW PGA Section. About two months later, I was fortunate to have a group of people invest in me so I could try playing golf full time. During those three years, I played on four different tours and traveled a good amount. After playing less then desirable, I found myself back in our section working at Sahalee Country Club. During those five years at Sahalee I learned a lot, worked with a great staff, and was able to finish up and get my PGA Membership. I have now moved on to a greater passion of mine, which is teaching, at the PNW Golf Academy and look forward to what the future holds.

Golf has been a part of my life for 28 years now! I believe the fact that you can always improve is what has kept me going for so long, and now I want to help others in doing so. I just want to continue to learn and understand how I can better pass that along to my current and future students.