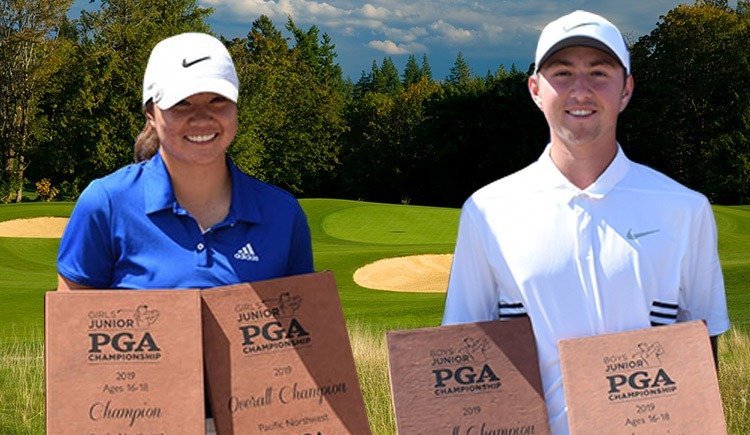 Angela Zhang of Bellevue, WA won the Girls 12 & Under age division with Natalie Yen of West Linn, OR finishing second.

Winning the Girls 16-18 age division was Cassie Kim of Yakima, WA with Baylee Hammericksen finishing second. Both girls will represent the Section at the National Junior Girls PGA Championship later this summer.

Drew Woolworth of Lake Oswego, OR won the Boys 12 & Under with Alexander Tseng of Portland, OR in second place.

Issey Tanimura of Shoreline, WA  won the Boys 13-15 age division with a four-way tie for second place with Miles Eastman of Portland, OR, Logan Medcalf of Lynden, WA, Eli Huntington of Camas, WA and Adam Wrenn of Lake Oswego, OR.

To view results of the Girls Championship, please CLICK HERE.

To view results of the Boys Championship, please CLICK HERE.

The Girls Junior PGA Championship is where some of the best in the world get their start. Many of today’s LPGA Tour professionals made their debut at the Championship. Notable past participants include: Inbee Park, Lexi Thompson, Cristie Kerr, Grace Park, Michelle Wie, and Dottie Pepper.

The Boys Junior PGA Championship is where some of the best in the world get their start. Many of today’s PGA Tour professionals made their debut at the Championship. Notable past participants Include: Tiger Woods, Justin Thomas, Jordan Spieth, Stewart Cink and Phil Mickelson.

Congratulations to everyone and thank you to The Home Course Director of Golf Justin Gravatt, Superintendent Dennis Roque and their staffs for an amazing weekend of junior fun and strong competition! 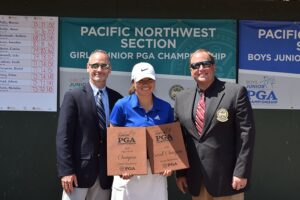 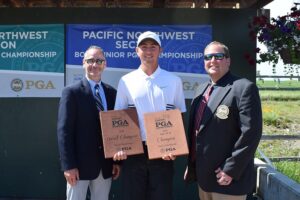 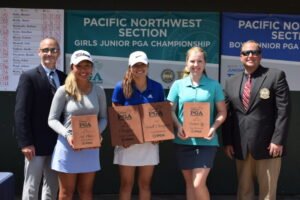 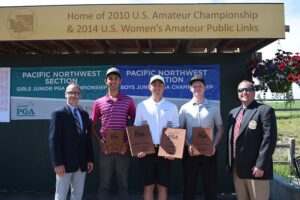 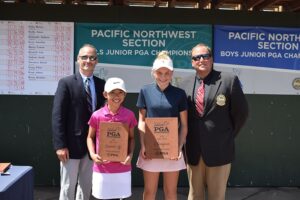 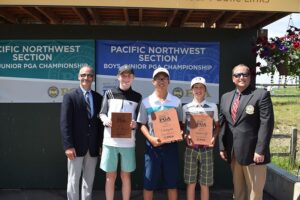 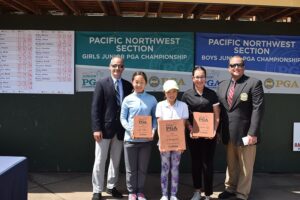 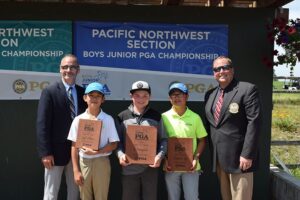