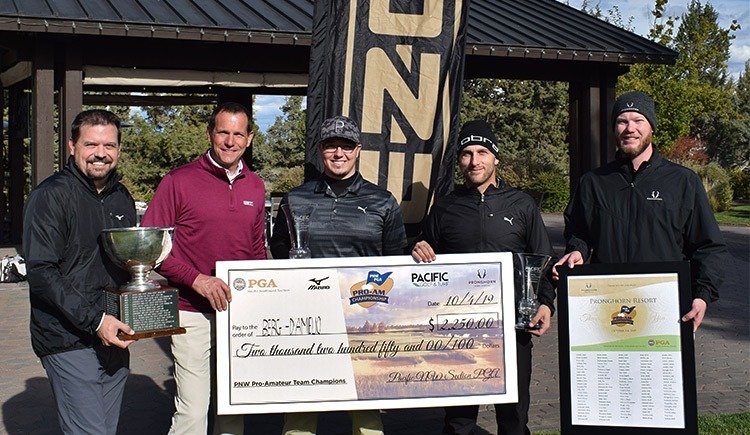 Pacific Turf & Golf is our Title Sponsor with Mizuno as our Supporting Sponsor.

It all started when a young head professional named John Junor and his amateur partner won back to back titles at the magnificent Seattle Golf Club in 1924 and 1926 (no championship in 1925).  Professional Walter Pursey and amateur Harry Givan topped Junor in the late 30’s with a three-peat victory at Seattle GC twice and Alderwood GC once.  As the years went on, many great players etched their names into the record books as champions of this event.  Long time professional Don Bies and his partners have seen numerous championships winning three of them in 1961 at Glendale CC, 1964 at Seattle GC, and in 1966 at Yakima CC.  Other greats such as Bunny Mason (1963) and Jerry Mowlds (1969, 1978) have all had their share of the title.

The clubhouse and Tom Fazio Championship Course opened in 2007, creating the ultimate golf experience in Central Oregon. The masterful Tom Fazio designed course blends the complexity of championship golf with the inherent aesthetic of the natural terrain.