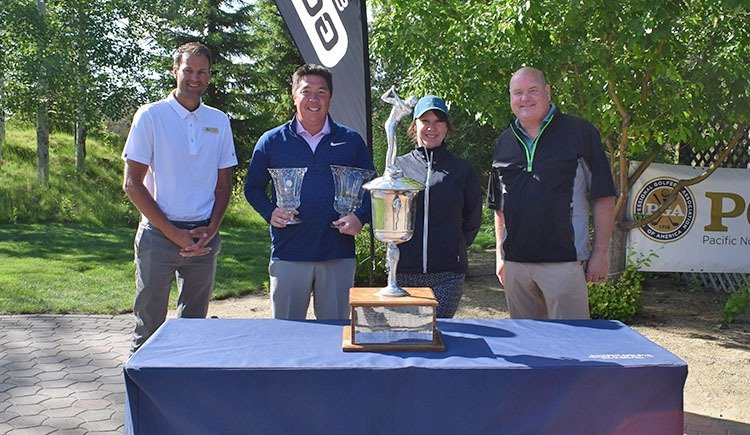 Reid Hatley of Hayden Lake CC birdied the first hole of a playoff on Pronghorn’s Fazio Course against Pat O’Donnell of Arrowhead GC and Darren Slackman of The Creek at Qualchan.

The tournament at Pronghorn tconsisted of 52 teams competing in a 36-hole best two of four net team competition, Pro-Am Four-Ball as well as 54-hole individual competition. 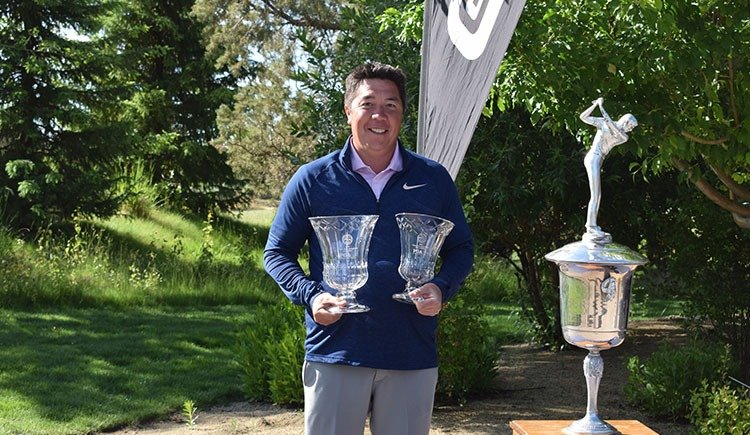 This championship dates back to 1905 when sheep mowed the fairways at Waverley CC. George Smith, a Scot from Oakland, CA, won the Oregon Open’s inaugural championship, including a course record 74. Little did he know that some of golf’s most prestigious names were to follow in his footsteps such as Tommy Armour, Horton Smith, Chuck Congdon, Bob Duden, Bill Eggers, Jerry Mowlds, Pat Fitzsimons, Rick Acton, Peter Jacobsen, Jeff Coston, and Mike Davis.  And only three men have won the title three or more times; Bill Porter (3), Rick Acton (4), and Bob Duden (8).  The tournament scoring record is held by Brian Nosler at 198, set in 2009 at Brasada Canyons.

CLICK HERE – to view past champions of the Oregon Open Invitational.

The clubhouse and Tom Fazio Championship Course opened in 2007, creating the ultimate golf experience in Central Oregon. The masterful Tom Fazio designed course blends the complexity of championship golf with the inherent aesthetic of the natural terrain.