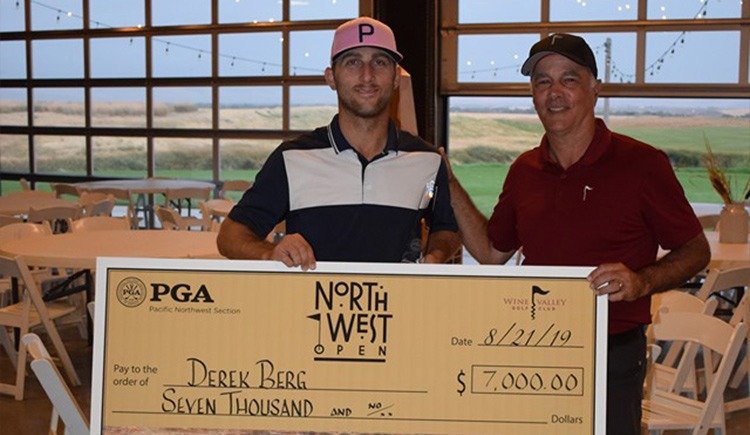 PGA Professional Derek Berg of PNW Golf Academy claimed the Northwest Open Invitational title in windy conditions at 10 under par, thanks to a hard fought 70 in the final round. It was Berg’s first PNW Major as a professional, after three wins as an amateur, and he takes home the $7,000 first place check. Sixteen year old amateur Alexander Yang of Aviara Golf Club took low amateur honors at 210 and PGA Professionals Loren Jeglum of Clarkston CC and Brady Sharp of Wine Valley CC shared the second spot at 8 under par.

Congratulations to Heath Reeves of Yakima Elks with an ace on the 14th hole, a par 3. 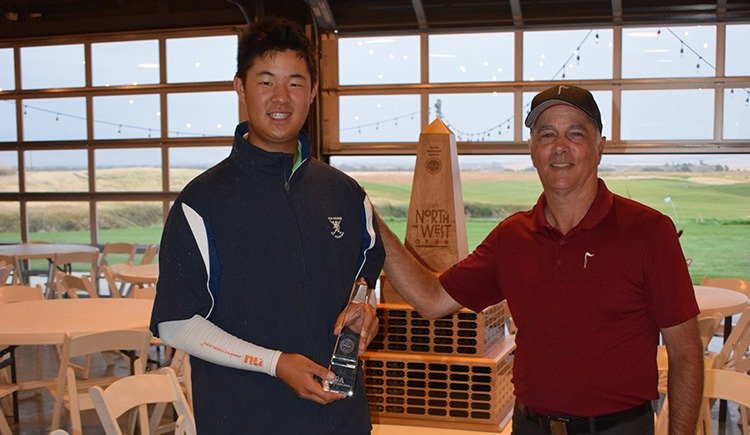 The early years were dominated by Seattle Golf Club’s Robert Johnstone (who won 8 of the first 10 events) and “Long Jim” Barnes. Barnes, the professional at Tacoma C&GC from 1911 – 1915, won the first two PGA Championships (1916, 1919) in addition to the 1921 U.S. Open and the 1925 British Open!  Spokane’s Marvin “Bud” Ward captured six championships over a 22 year span, five as an amateur and his last as a professional.  Bud was also a National Amateur champion and may have won a few more but for the lack of championships during WWII.