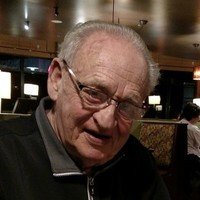 Frank Robert “Bob” Aliment was born in Renton, Washington on March 13, 1931 and left us peacefully on October 7, 2019. A wonderful life of 88 years as father and friend to so many. Bob was accepted into the PGA in 1961 as a Golf Professional and has earned that status of “Half a Century Gold Member.” An accomplishment held by few…..

Bob was the head Golf Professional and part owner of Maplewood Golf Course in Renton from 1961 to 1985. His partners sold the golf course in 1985 to the city of Renton only under the condition that it remains a golf course for our community to enjoy for many years.

Read the full obituary, written by his family.