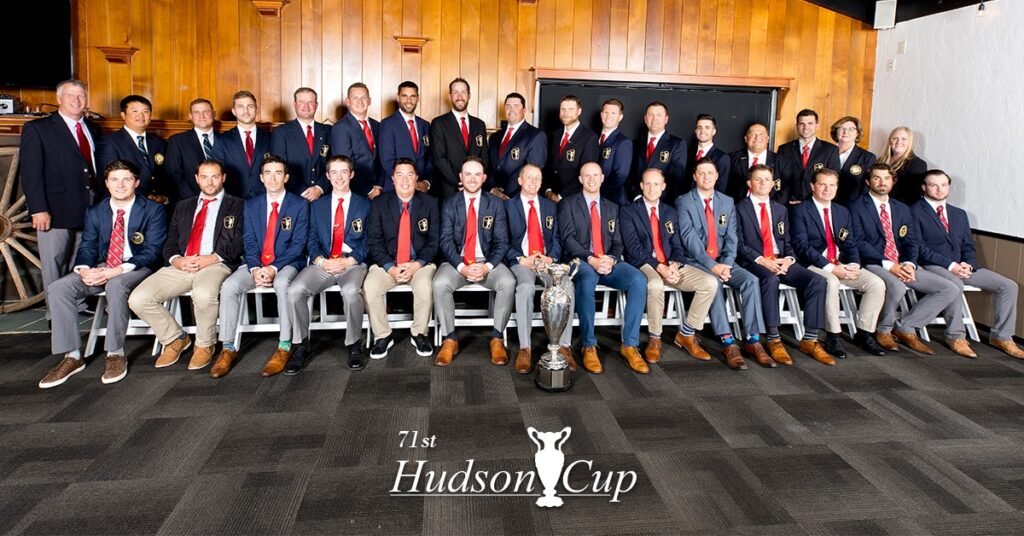 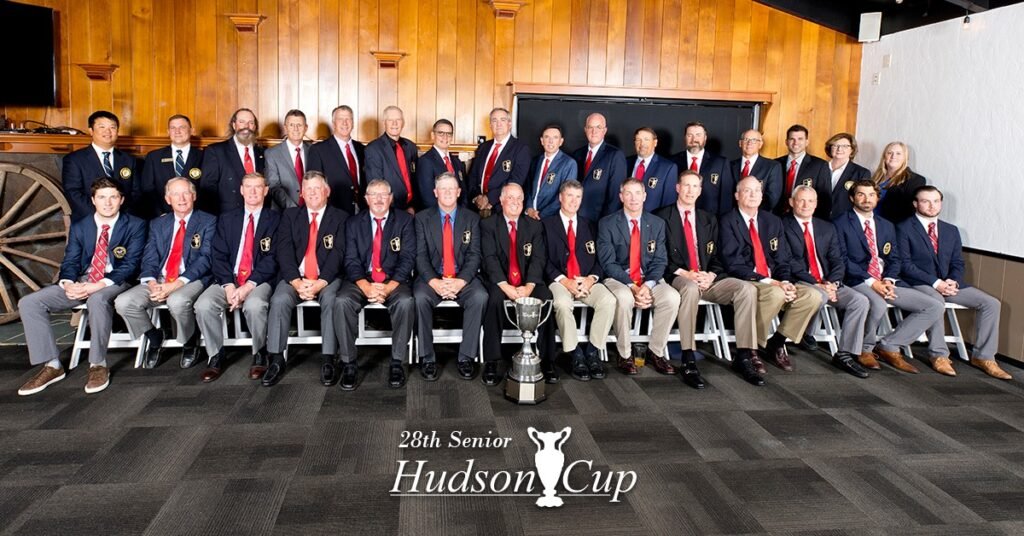 Any attempt to relate the history of the Hudson Cup matches must start with the man himself. Robert A. Hudson was a very successful Portland businessman whose firm, Hudson House, was one of the nation’s leading wholesale grocers. Hudson played golf at Portland Golf Club and was devoted to the game. During World War II, the PGA of America was trying to keep its Tour alive and was in dire need of sponsors.  Hudson stepped up to the plate with the urging of Larry Lamberger, Portland Golf Club head professional, and offered to underwrite a 72-hole open tournament with a purse of $10,000. Thus the 1944 Portland Open was born, and Sam Snead won it. Hudson stayed with the program and went on to sponsor the 1945 Portland Open (in which Ben Hogan set the 72-par 72-hole scoring record of 27-under-par 261) and the 1946 PGA Championship, won by Hogan. Hudson went on to sponsor Portland Opens in 1948 and 1949 and the Western Open in 1955, all at Portland Golf Club, and he became the first chairman of the PGA Advisory Committee.

In 1949, Lamberger and Al Zimmerman, who was at Portland’s old Alderwood Country Club, thought the Pacific Northwest Section should honor Hudson in some way, and they hit upon the idea of a team match pitting the top 10 club professionals against the 10 leading amateurs in the Northwest. So, late that year, the first matches were held at Portland Golf Club. The format was patterned after the Ryder Cup with 36-hole foursome matches the first day and 36-hole singles the second day.