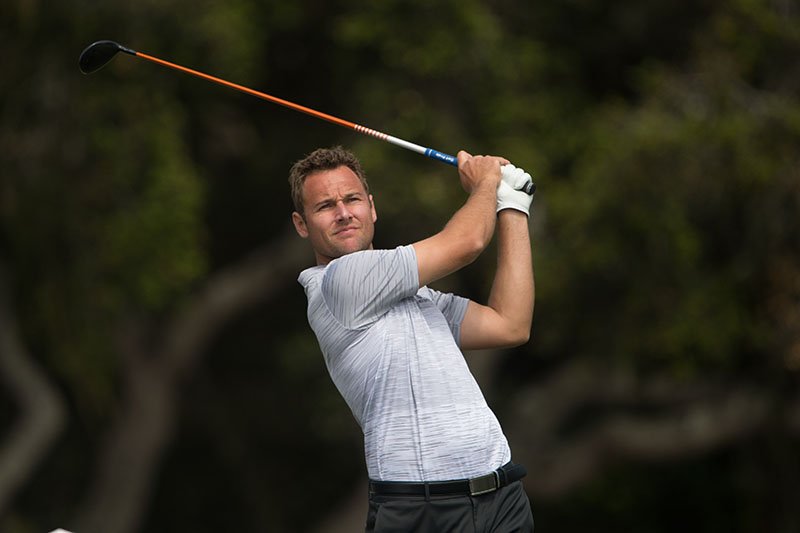 SEASIDE, CA – June 20: Russell Grove hits his tee shot on the 15th hole during the final round of the 51st PGA Professional Championship held at Bayonet Black Horse on June 20, 2018 in Seaside, California. (Photo by Montana Pritchard/PGA of America)

“What inspired me to become a PGA member is the fact that I simply love the game of golf and every aspect of it. I also love helping people improve their golf games and seeing the enjoyment it brings them,” said Grove, who is a golf coach at North Idaho College.

“It feels great to win the Player of the Year again this year. There are so many good players in our section and to win that award is such an honor.”

Not only is Grove a great player, he is incredibly humble.

“I would just like to thank everyone at section headquarters for their hard work and making our section the best section in the US.”

Thank you, Russell Grove, and congratulations on your Player of the Year honors once again!