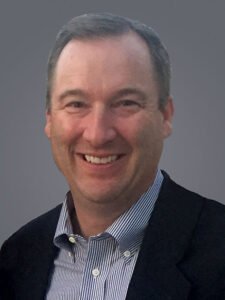 Hometown: Born in Houston, TX; grew up in Corvallis, OR

When Chuck was in high school and a member at Corvallis CC, he took lessons from Jim Hays (who is now at Golf City in Corvallis).

“I worked in the bag room as well but Jim was one of those guys that was willing to be ‘a real person’ to a high school kid that was half serious about golf.  He would go play with some of us juniors.  We ALWAYS thought ‘today is the day I’m going to beat Jim,’ but I don’t think we ever did,” Chuck recalled.

Doug Hixson and Mark Keating, respectively the Head Professional and assistant at Emerald Valley GC at the time, also made an impression on young Chuck West.

“Having people like that who were willing to help young guys that were interested in playing golf and the business of golf kind of laid the foundation for me,” said Chuck, who began his golf career as an assistant for Ric Jefferies at RiverRidge GC in 1990.

“Working for Ric Jeffries at RiverRidge GC and Pat Akins at Willamette Valley CC were both invaluable to my development as they were both the kind of mentors that gave you a lot of rope… as long as you didn’t screw up badly… which I did a few times of course.  Like a lot of young assistants, I thought I knew everything.  Both of these PGA members knew I didn’t, but never told me that.  I think they could see I had the work ethic to become a Head Professional sooner than later.”

Then in 1994, Chuck took a position as Head Professional of Whidbey G&CC in Oak Harbor, WA. As a Head Professional, Chuck enjoyed inspiring other young golfers to get involved in the golf business.

“It has been fun for me to follow people like Jon Larsen at Bear Creek CC and David Phay at Whidbey G&CC that both started out as bag kids for me at Whidbey and quickly became shop assistants and obviously are now Head Professionals as well. Also, now I work for Dave Castleberry who was an assistant to me at Sand Point and now the roles are reversed.  Very proud of these guys who have become great Head Professionals.”

When Chuck first moved to Washington, Rick Adell got him involved with the Western Washington Chapter and the PNW Section PGA. As Chuck decided to become more involved in the Chapter and Section, he became a rules official for Jeff Ellison and the Section.

“I was already officiating high school and small college basketball so I had a bit of an officiating bug already,” said Chuck. However, he had not done very well on the rules portion of the exam in PGA business school, so he had to work very hard at it, attending two rules workshops while officiating Section events.

“The second one was taught by longtime USGA Director of Rules Tom Meeks and then PGA Rules Chairman Ed Hoard.  Just dumb luck, right place, right time, right connections.  I did well on the test and five months later I got a packet in the mail from Ed Hoard appointing me to the PGA National Rules Committee at age 29.  I was the youngest PGA member on the national committee at the time.”

One of Chuck’s most memorable on the PGA National Committee was the PGA Championship at Sahalee CC in 1998.

“One of the PGA officials had to back out of the event due to a family illness and, just like that, I was working a major championship even though it was only my second event on the PGA National Committee.  They gave me #5 south and #4 North (#13 for the event) on alternating days which are pretty easy holes to work.  I was so flippin’ nervous and scared the first day and a half!”

He also recounted walking with Brooks Koepka and Patrick Reed during Round 3 at Baltusrol in 2016, where Reed shot 70 and Koepka shot 66. Another great moment was walking with the final group of the 2016 KPMG Championship at Sahalee: Lydia Ko, Brittany Lincicome and Gerina Pillar.

“But the biggest highlight, by far, was being selected to work as a Rules Official at the 2010 Masters.  I had never been to Augusta before that week and it was beyond anything I could have ever imagined.   Unlike the 1998 PGA Championship, at least I knew what I was doing at that point!”

“I still really enjoy working the Section events because I get to see a lot of PGA members and say hello that I otherwise wouldn’t see and that is still very fun for me.”

“Like everything in this business, it is about who you know and doing a good enough job for people to recommend you,” said Chuck of how he became involved in rules officiating in collegiate sports.

“The college kids are so talented today and have been a lot of fun to be around.   I have walked rounds with Ollie Schneiderjans (2014 Individual Winner) and Maverick McNeely at last year’s Pac 12 event….  It is crazy the talent level that is in the college game right now.  That being said, at last year’s PGA Junior Girls Championship outside of St. Louis, we played 6350 yards and our winner, who had just finished 8th grade, shot 22-under!”

“There are so many ways to make a living in the business of golf but if you don’t have that passion and burn this business can wear you down.  I have been fortunate to be involved with the business of golf now for almost 30 years and it has given me so many incredible experiences, opportunities and friendships that it is pretty hard to fathom sometimes.”