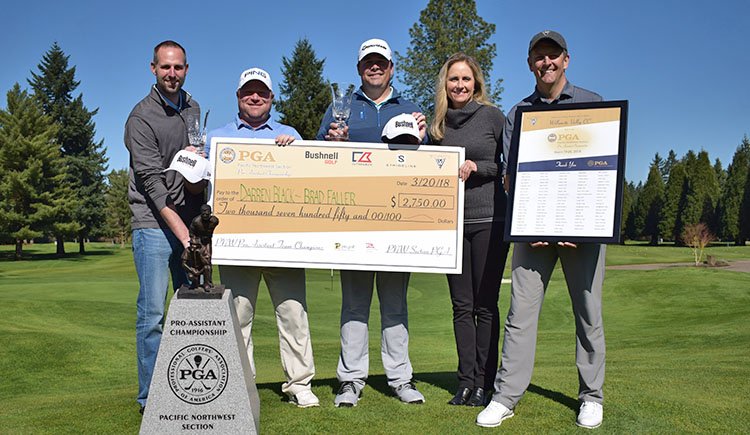 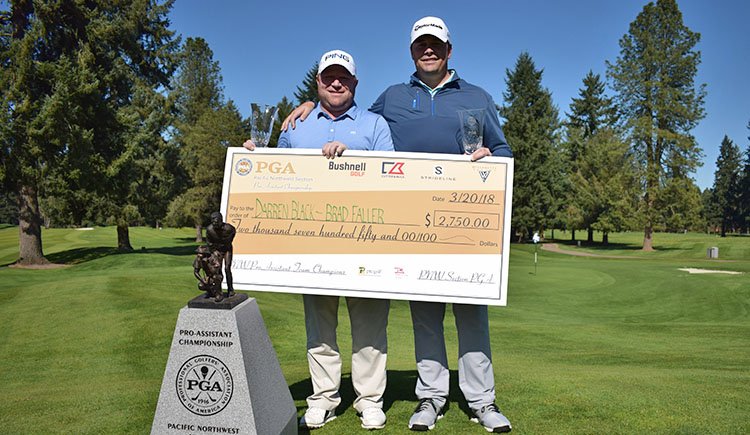 Bushnell and Cutter & Buck returned with representatives Sally Schmitz and Bryan Dickson, and this year we welcomed Strideline with representatives Riley Goodman and Kelly Coleman as Presenting Sponsors of the Pro-Assistant Championship. We are also happy to welcome back Matt Pollitt with PTE Golf as a supporting sponsor along with Andrew Workman and David Nelson of Hole-in-One U.S.A.

The Pacific Northwest Pro-Assistant Championship got off to an exciting start in 1992. It took the Progress Downs team of Jerry Minor and Ralph West SEVEN holes of sudden-death to finally shake the Royal Oaks duo of Steve Bowen and Michael Wilkerson.  After shooting 14-under at Tacoma Country and Golf Club, neither of the two teams could get a birdie putt to drop in the playoff.  The 1995 Redwood Golf Center team of Scott Williams and Mike Barnett still holds the tournament record after scorching the rest of the field with an 18-under 126 at McCormick Woods GC and winning by three strokes.  This championship has fostered camaraderie between the Head Professional and his Assistant and is one of the most popular events of the Pacific Northwest Section PGA.  In 2008, Head PGA Professional Steve Prugh and his Assistant Corey Prugh made history by being the first father-son duo to capture the title.

Willamette Valley Country Club proudly boasts one of the most highly respected 18-hole championship golf courses in the Pacific Northwest. Shirley Stone designed the original layout of this course, further developed by Bill Robinson and Craig Schreiner to become today’s 7,200-yard masterpiece and “hidden gem” of the Willamette Valley. The sixteenth hole has become the signature hole of Willamette Valley Country Club. It is a short but difficult dog-leg left par 4 which requires an accurate approach shot over the pond to a large yet drastically undulating three-tier green.