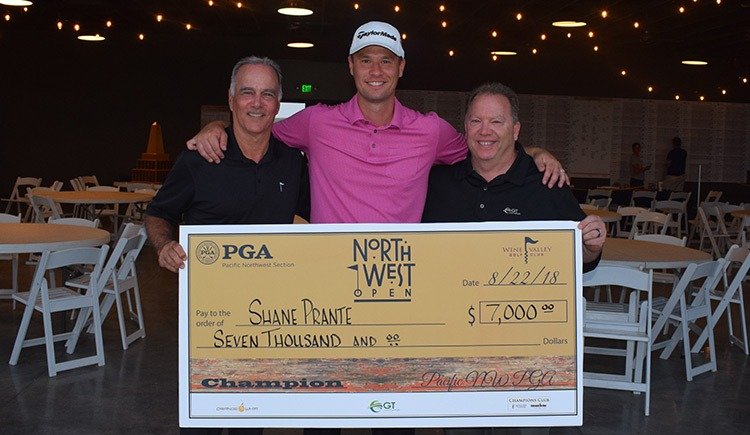 PGA Professional Shane Prante of The Home Course fired a final round 63, including a 29 on the back nine, to come from 7 shots back and win his third Northwest Open Invitational at Wine Valley GC.  Prante’s 200 total matched his 2017 score and made him the first back-to-back Northwest Open Champion in 12 years. A late eagle on #18 put Russell Grove of North Idaho College just one shot back at 201.   Prante takes home $7,000 from the $68,500 purse. Nick Mandell of Canyon Lakes claimed low amateur honors at 203. 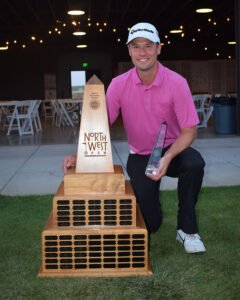 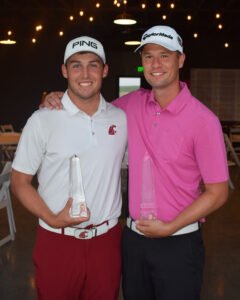 The early years of the Northwest Open Invitational were dominated by Seattle Golf Club’s Robert Johnstone (who won 8 of the first 10 events) and “Long Jim” Barnes. Barnes, the professional at Tacoma C&GC from 1911 – 1915, won the first two PGA Championships (1916, 1919) in addition to the 1921 U.S. Open and the 1925 British Open!  Spokane’s Marvin “Bud” Ward captured six championships over a 22 year span, five as an amateur and his last as a professional.  Bud was also a National Amateur champion and may have won a few more but for the lack of championships during WWII.