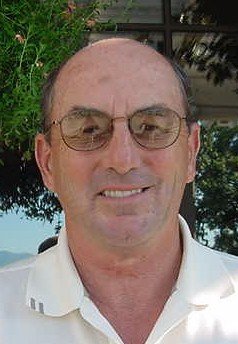 Facility: Rogue Valley CC for his entire career – 7 years as an assistant and 33 years as the Head Professional.

Hometown:  Medford, OR (born in Redmond, OR)

Jim Wise became interested in golf at an early age, caddying for his parents at Juniper GC in Redmond, OR.  When they moved to Medford in 1954, his parents joined RVCC and Jim started playing more and more with the many juniors at the club.  As he grew up, he lettered two years at Medford High (1963 and 1964).  He also lettered his first two years of college at SOC in 1965 and 1966, where they placed ninth in the nation in 1965 and 12th in 1966.  He then transferred to Oregon State U and lettered hissenior year 1968.  Following college, he spent the next 6 years in the US Navy as a Naval Aviator flying F-4s.

Recently, Jim Wise was inducted into the Medford Sports Hall of Fame. Among those going into the Hall of Fame this year are former professional baseball player Jeff Barry and pro soccer player Bryn Ritchie. “I consider the induction as a great honor for a job well done over my career, a job I truly enjoyed,” said Jim.

As for his greatest accomplishment, Jim has this to say, “I think one of my greatest accomplishments was formatting a Junior Golf Program that has produced many players over the years that have played competitive golf in high school, college and the Professional ranks.  I also take great pride in being a member of the PNW Rules committee for over 40 years.

Thank you, Jim Wise, and congratulations on being inducted into the Medford Sports Hall of Fame!