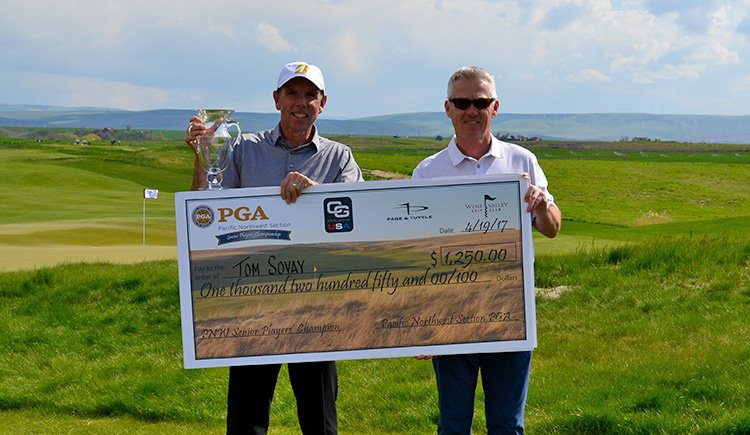 Winning the team Four-Ball competition was the team lead by PGA Professional Chris Isaacson of Emerald Valley GC (Creswell, OR) and amateur Charlie Rice of Bend G&CC (Bend, OR).  They fired rounds of 65-66-131 to win by one stroke over the team of PGA Professional Joe Carranza and amateur Tom Hale of Tacoma C&GC (Tacoma, WA).

Congratulations to PGA Professional Dana Londin from La Grande CC (La Grande, OR) on #11.  He knocked a 9-iron in from 155 yards.