As a follow-up to the previous article (where we focused on professionals in the Central WA PGA, the Inland Empire PGA and Western Montana PGA Chapters), we’re now giving the same opportunity to Section professionals in Western Washington and Oregon. In sharing their stories, it’s my hope you’ll be inspired, motivated and get a kickstart to register yourself (if you or someone at your facility hasn’t done so already.)

As with Part One of this series, I am hoping you’ll see how running with PGAJLG made several significant impacts to the standing, branding and revenues for these professionals and their facilities within their local community and/or membership.

“Last year, I had so much fun working with these JLG kids. Having worked my way up through the whole facility in various roles, I found myself invigorated by these kids and their progress. I love being a golf professional, but JLG is where I feel I’m truly a PGA professional. It’s a winner all the way around too…it brings new families to us, keeps our core families around and I look good as the Captain who makes it all happen.”

“In 2016, PGAJLG was kind of a surprise to me. It was my first season at ECC and it was a big task, or so it seemed. By the middle of the season, I realized it was all worth it. Parents, especially moms, started to lean into me and showed me a level of trust that paid off in new and cool ways. Outside of the JLG season, these same parents have come to me for more lessons for their kids and for themselves.”

“Working with Monte, I came to realize that my efforts with the 27 kids, and their families, created significant financial benefits through PGA Junior League for our club.  For 2016 alone, JLG drove more than $10k in additional dues revenue and food/beverage spend. But, maybe more importantly, over the next year or so, the 7 families who became more active members could result in nearly $30k in new revenue. Spread over the next five years, that could be well into the $150k range.” 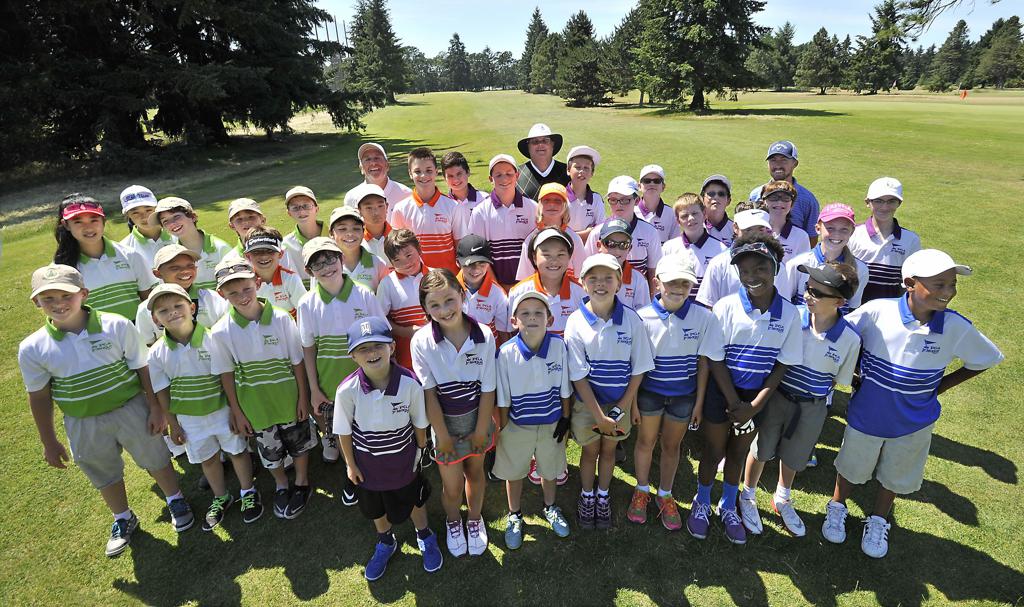 PGA JUNIOR LEAGUE BUILDS REVENUES: For many decades, PGA professionals have dutifully conducted traditional junior camps to grow the game. With PGA Junior League we know it grows the game, but more importantly, it grows bottom line revenues at public facilities and private facilities alike! Families are choosing facilities to do business with because one offers PGAJLG and the other doesn’t . (Photo by Russ Carmack)

“Last year, we had 102 kids participating on 9 different teams at facilities in Seattle, Bellevue and Kent…for us, PGAJLG is the bridge that helps us move First Tee kids into golfers…and we’re able to bring revenue generating activity to our host facilities…it’s a win-win-win.”

“2016 was our first year with PGAJLG. I got parents together and asked them to help promote it…they helped me get to 27 kids in year 1! It was great fun for me, for the kids and for the parents…and we sold 3 memberships at a value of nearly $30k to the bottom line of Fairwood.”

“When I started with JLG in 2016, I hoped to have two teams or so. But, when I got rolling, I was able to get to 42 kids and have my own league. PGAJLG has helped me grow my business, positively impact the bottom line of Chambers and a positive story for the facility and Pierce County.” 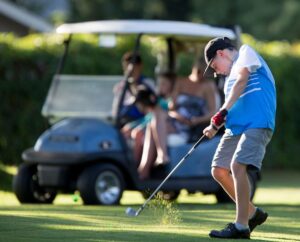 As a PGAJLG Captain or assisting Coach, PGA professionals are part of delivering what kids want in their golf. Social, team, collaboration and more…when you deliver that in a great way for kids, it’s natural to see parents become fans of the pro too!.

In PGAJLG, it’s also the ONLY game where the “substitutes” are not on the bench. They’re on the tee, the fairway and the green in PGAJLG. They can’t hit the shots, but they can assist teammates in strategic decisions. (Parents are also closer to the action! There are no fences or other barriers between the kids and the spectators.)

While we are still ahead of last year’s pace, we have to keep the momentum going. We are forming new or expanding leagues throughout the Section as you read this. By mid-March, most of the leagues will be set and we’ll only be adding new teams to leagues. At that point, it may be too late to register as a Captain (or at least too late to adequately fill a team to join an existing league.)

We’re not pushing to have all captains registered, leagues formed and schedules in place “just because.” We are doing it for our most important consumer…Mom! They (and dads) are already scheduling their children’s summers even now. Other youth sports and activities are competing for the finite amount of time available, and we don’t want to be late to Mom’s plan so we don’t get on her schedule.

As usual, I am not telling you to do PGA Junior League Golf. Instead, I’m asking you (if you haven’t already registered) to consider the upside that you can see in 2017 from this family-centric and facility enhancing concept. I am here to help you identify opportunities where you can succeed and meet the truly engage with your customers, to build activation, retention and acquire new customers (members.)

In the end, it’s my hope to assist you in maximizing these opportunities. Please let me know how I can help you (and your facility) in 2017 to do just that.