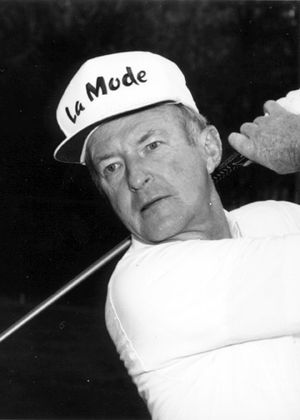 Ken Still of Fircrest GC died late Sunday night due to kidney failure. He was 82.

Ken Still was born in Tacoma, Washington and turned professional in 1953. He played for 22 years on the PGA Tour, winning three tournaments: the Florida Citrus and Milwaukee opens in 1969; the Kaiser Invitational in 1970. He was in the top 60 on the Tour money list for eight straight years, from 1966-73, gaining him exemption from tournament qualifying. Still’s best year as a touring pro was 1969, when he was 25th on the money list and qualified for the 1969 Ryder Cup Matches against the British at Royal Birkdale Golf Club, Southport, England. When Still turned 50, he qualified automatically in 1985 for the PGA Senior Tour. He was 14th on the money list his first year, and played for another 11 years. Still won the Washington Open in 1966 and was a finalist in the Washington PGA Match Play in 1980 and ‘81, winning in 1980. He played in the Hudson Cup Matches in 1983 and 1984. He was inducted into the PNW PGA Hall of Fame in 1995.

The memorial for Ken Still is slated for March 31 at St. Charles in Tacoma. Services at 11 AM with  reception to follow at Fircrest Golf Club.